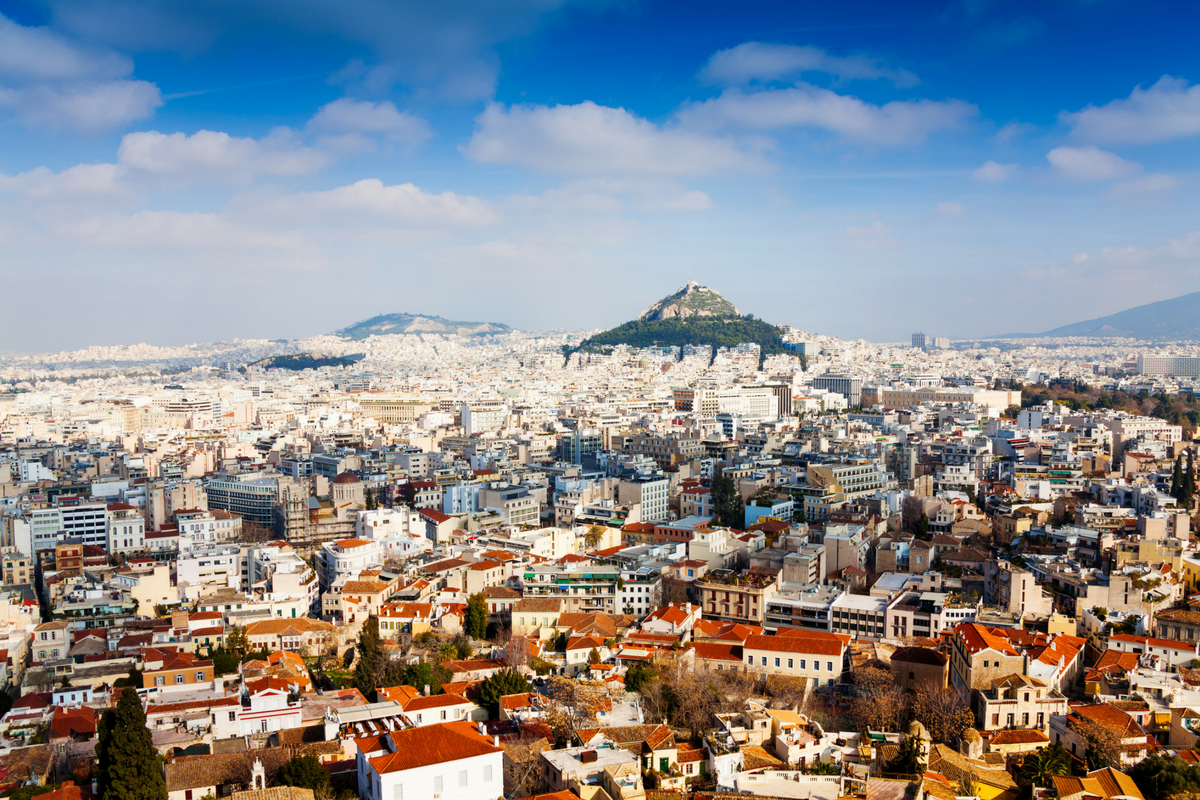 Athens is undoubtedly one of the most important cities in the history of humanity. Many refer to it as the “cradle of European civilization”. It is also one of the most complex ones. Here the concrete jungle is overlooked by the ancient Acropolis. While the modernity seems to be taking over the city, you can still feel the history all around you. Today we will walk the trail of myths in one of the oldest cities of the Old Continent.

A Brief History of Athens

Athens is a modern-day capital of Greece that has been inhabited since the Neolithic Period. First signs of life come from the Early Bronze Age, but the oldest buildings originate in the Late Bronze Age when the Acropolis was a citadel. In the ages of its mythical and ancient greatness, the city was actually a city-state. Around the year 400 BC, Athens was the cultural, political and economic representative of Ancient Greece. They became the place where the most magnificent pieces of art were born, the wisest philosophers taught their students and the soldiers trained to achieve greatness. After the Golden Age, it has been under different influences, but still remained the oasis of art and philosophy, as well as the cradle of our culture.

The City of Athena

Athens carries the name of Athena, mythological patron of the city. How did it happen? The myths say that Cecrops, the first king of Athens, started to look for a patron of the city. Two Greek gods showed their interest – Athena and Poseidon. The king asked them for a gift to the city. Both of them took their spears and first, Poseidon struck the ground with it. He made a well filled with warm, but salty water. It was useless for the people. Then, Athena struck her spear and planted an olive tree as a symbol of wisdom and peace. Cecrops was impressed with the gift and chose Athena for the city’s patron. Poseidon, unhappy with the king’s decision, cursed the whole city. He said that it will never have enough water. That curse is believed to have started the water problems that Athens are still dealing with nowadays.

Each Greek city had an acropolis. It was the sacred part of the city with the temples dedicated to a certain Greek god. Even though many bigger Greek cities had acropolis, it is the Athenian one that is the most popular. The massive popularity of the place causes the people to just call it the Acropolis.
Athenian Acropolis is the home of such popular artefacts as Parthenon, Erechtheion and the Temple of Athena Nike. Moreover, the whole hill of the Acropolis is now on the UNESCO Heritage Site and is internationally protected. If you were wondering why is in such a bad state even though it has been under protection, here’s the answer. In the 17th century, during a war with the Venetians, it suffered a severe damage that has not been fixed.

The most popular artefact of Ancient Greece is most likely the Parthenon. It was a temple, the biggest one in the Acropolis, built for the city’s patron Athena. The Parthenon we know today, with the Athena Parthenos, actually covers the ruins of the Old Parthenon. During the war with the Greeks, Persians destroyed it. Afterwards, Pericles ordered the famous sculptor Phidias to rebuilt the Acropolis. That is when the famous Parthenon was created. Somewhere you can find that the whole purpose for the creation of this temple is the protection of the Athena Parthenos sculpture that was inside. However, the Parthenon served as many things. It was, of course, a temple for Athena, but also a treasury. In the 17th century, the Venetians set the ammunition laying there on fire and, because of that, a large part of the whole Acropolis was destroyed.

Another beautiful temple in the Acropolis was Erechtheion. It was built on the exact place where both Athena and Poseidon struck their spears and brought the gifts. The well made by Poseidon is in the middle of the temple. The legend says that after losing to Athena, who ultimately became the patron of the city, the people of Greece built this temple to remember this sort of duel between two gods.
When you look at what was Erechtheion used for, it was many things. Not only was it a temple for Poseidon and a place to remember his duel with Athena, but generally it was a place where all of the greatest Greek relicts had stayed. Also, according to a different legend, Athena’s sacred snake lived in Erechtheion. If it didn’t eat the food people offered to him, they took it as a fatal omen for the whole city.

The Temple of Zeus

The biggest temple of Ancient Athens, the Temple of Olympian Zeus was a great architectural heritage. Its creation had lasted for almost 400 years. What might be surprising, this temple wasn’t originally the place for praying to Zeus. The Athenian was the one who started the creation of this temple and he didn’t like Zeus. When it was finished, the Athens was under the rule of the Roman emperor Hadrian. Its glory didn’t last very long. Just 100 years after its completion the barbarians robbed it and partially destroyed it. Afterwards, no one felt the need to repair the temple and it fell into disuse. Since then, it has been slowly falling into ruins. As of right now, the only thing of the great temple that we can see is 16 columns with one of them laying on the ground.

The beginning of the Greek tragedy, the place where people celebrated the annual Dionysia – the theatre of Dionysus. This famous place, pictured everywhere where you can read about the beginnings of theatre, tragedy and comedy, is another heritage of Greece.  The Greeks started building this magnificent place around the year 400 BC. When they finished, the theatre could fit close to 17 000 people to see the play. From the cultural point of view, without it becoming grand and popular, we would not have met the plays of such geniuses as Sophocles, Euripides or Aeschylus. They all took a great part in the development of Greek theatre and the forms of plays that people could see there.

Obviously, the landmarks we mentioned here are not the only things that are worth seeing. We recommend visiting places like Plaka, Hadrian’s Arch and much more. The whole city is a landmark worth checking and trust us when we say it will be unforgettable.

Are you thinking about visiting Athens in the nearest future? Or maybe you have already got the tickets? If so, let us help you with finding accommodation. Click here to find your dream hotel in the curdle of European culture.