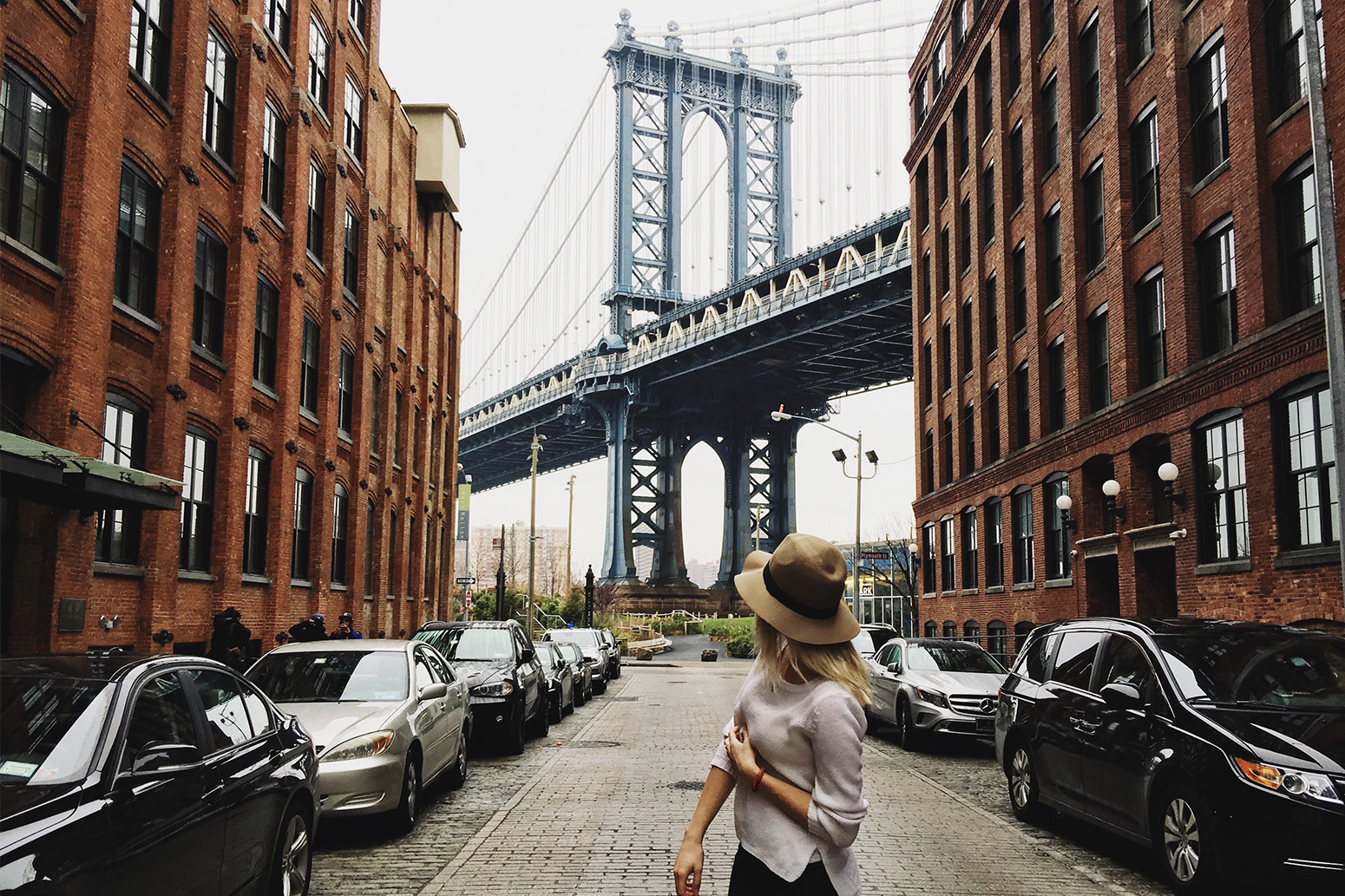 First you feel it in the air – the morning chill and cooler wind making you grab that extra layer before leaving for work. Along comes softer sunlight and scarlet sunsets. Days get shorter. Evenings get longer. And then, on one chilly afternoon, tucked behind a blanket, holding on to that first mug of hot chocolate of the season, you realize it’s here — Autumn.

We’re not judging a city by its season, but simply stating a fact: Autumn has been voted by many as the most beautiful time to visit New York City – sorry to all the ice skating enthusiasts in Central Park! If you’re looking for that Goldilocks season between the fierce cold and intense heat, the golden months of September, October, and November might be the time for you.

We’ve gathered ideas for a relaxing yet action-packed NYC city break to make sure you’ll find something for yourself – in the sun, wind, or pouring rain.

Waking up early to squeeze the most out of the day, grabbing one of the famous NYC bagels and heading straight to that perfect picnic spot you discovered the night before (we’ve heard that Shakespeare Garden is a great place for a relaxing break in Central Park). Strolling around narrow streets or taking a bike ride by the Hudson River, marveling at the colours of the leaves during golden hour to finally find refuge in a cosy cafe, finishing your day over a cup of warming chai tea.
Sounds like a perfect day for you? Be sure to check out other outdoor activities we’ve gathered to let you experience this Autumn fully.

Rainy days are made for hot drinks, fluffy blankets, and… museum tours! Rather than complaining about the spitting rain, ask for that extra shot of espresso in your coffee and head towards some of the places we all know you wouldn’t be visiting if the weather was “just too beautiful.”

Whether you want to sit in and warm up a bit or grab a quick bite and head for the next stop, the NYC food & drink scene will not disappoint you. Below are some of our Autumn food recommendations.

Fully experiencing a city as vibrant as New York can be as tiring as it is exciting – in moments like these, we tend to appreciate good night’s sleep and hotel service more than ever. Join Bidroom for free and gain access to the best Autumn hotel deals and travel extras.