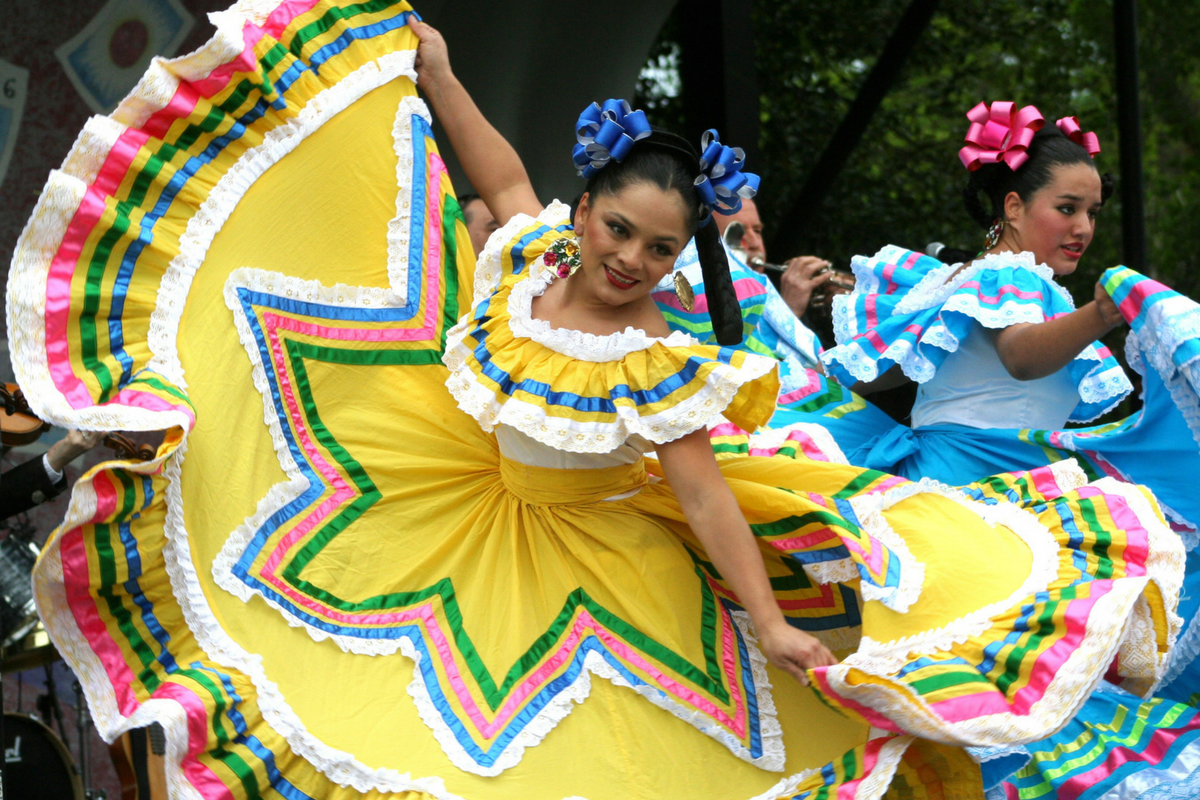 The celebration of freedom and victory, but also of the whole culture. Cinco de Mayo is a Mexican holiday like no other. What do the Mexicans do to celebrate? How does the traditional day of Cinco de Mayo look like? Today, we want to bring the answers and tell you something about the celebrations and food typical for Mexican Cinco de Mayo.

Cinco de Mayo, whereas mostly considered a holiday of Mexican culture, is actually a victory celebration. In 1862, the French started invading Mexico for the second time to gain control of the country. When they arrived at Puebla, one of the Mexican cities, everyone thought they are going to easily defeat the defences and conquer the city. However, the weather became really bad and the French army had to slow down because transport became more and more difficult. That resulted in the Mexicans’ army winning the battle. A couple of days later, the president of Mexico decided that 5th of May will be a yearly celebration and a national holiday of “Battle of Cinco de Mayo”. That tradition lives up until today and we want to show you the traditions included in this holiday.

Reenactment of the Battle

One of the typical ways to start the celebrations of Cinco de Mayo is the reenactment of the Battle of Puebla. Many citizens dress up as both French and Mexican soldiers and, firstly, take part in the famous Cinco de Mayo parade. Afterwards, they gather in a field and begin the reenactment. They do that with commitment and try to make the battle look more real. Because of that, there is always smoke, shouting, sword fights, etc. When the moment of the Mexicans winning the battle comes, everyone starts celebrating. They play the traditional games, eat the food, listen to the mariachi bands and dance all day. Also, the whole city, buildings, streets, lamps, everything is covered with the colourful decorations. They remind everyone of the happiness and joy coming from the event they celebrating.

There is no celebration without food, that is for sure. Since Cinco de Mayo is a Mexican holiday, you might be sure to get a hold of true Mexican food culture. What you can expect on the table is, for example, mole poblano, chalupas and chiles en nogada. The first one is all about the sauce. It is the dish’s strongest point and the part they focus on. It can be done of anything, but mostly known is the dark brown one. The second meal, chalupas, is actually infamous street food in Puebla. However, the popularity of these fried tortillas with salsa, shredded meat and queso fresco is too big not to be seen. The third dish of the Cinco de Mayo tradition is the sweet, savoury, stuffed pepper, dipped in egg batter and fried. Afterwards, it is covered with walnut sauce, pomegranate seeds and parsley. It is an iconic Puebla dish that is a must during the celebrations.

Some could say that the Americans celebrate Cinco de Mayo even more than the Mexicans. In the USA, it is a holiday for celebrating Mexican culture. The food they eat is generally quite predictable, but just as delicious – guacamole, burritos, tacos. All of that is completed with numerous parades and La Fiesta Broadway. The latter is a concert organized usually in Downtown Los Angeles, where the most popular Latin artists perform while over 200 000 people are watching them. If you are looking for a proof of the celebrations’ size, just note that every year people of California itself consume over 81 million avocados. And that is just one state!

The United States is not the only country that celebrates Cinco de Mayo with the Mexicans. In Canada, for example, pubs serve Mexican drinks and food, and a skydiving club outside Vancouver holds a special skydiving event on that day. Other places like Caribbean and Cayman Islands hold a Cinco de Mayo air guitar competition, whereas in Australia you can find festivals for celebrating the Mexican culture, music and food. Even Japanese people celebrate Cinco de Mayo. They organize exhibitions and festivals to celebrate the Latin American culture on the other side of the globe.

Cinco de Mayo’s celebration would not be ever complete without the parade. No matter where you are if it is a country that celebrates Cinco de Mayo, there will be a parade. School children, dance groups, military, all go down the streets, Boulevard de Cinco de Mayo to be exact. There, they and the groups of people begin the fun parade with floats, colourful costumes and music. Some people say that Cinco de Mayo celebrations are similar to St. Patrick’s Day or Oktoberfest celebrations. All of them are about fun, dance, music and letting go. Of course, they are also about the culture, the most important reason for all of the events mentioned. Because when you look at it, Cinco de Mayo, besides celebrating the victory of the battle is mostly about the culture, celebrating its’ magnificence and the fact it has survived so much so far.

We believe that this article showed you how important and cheerful Cinco de Mayo is. It is a true celebration, not only of the victorious battle but also a culture that made its mark in our modern world’s history. If you celebrate Cinco de Mayo, we wish you a great day with lots of fun and cultural insights.

Maybe you are going to one of the countries that celebrate Cinco de Mayo? If so, go ahead and check our website for the dream-like accommodation.