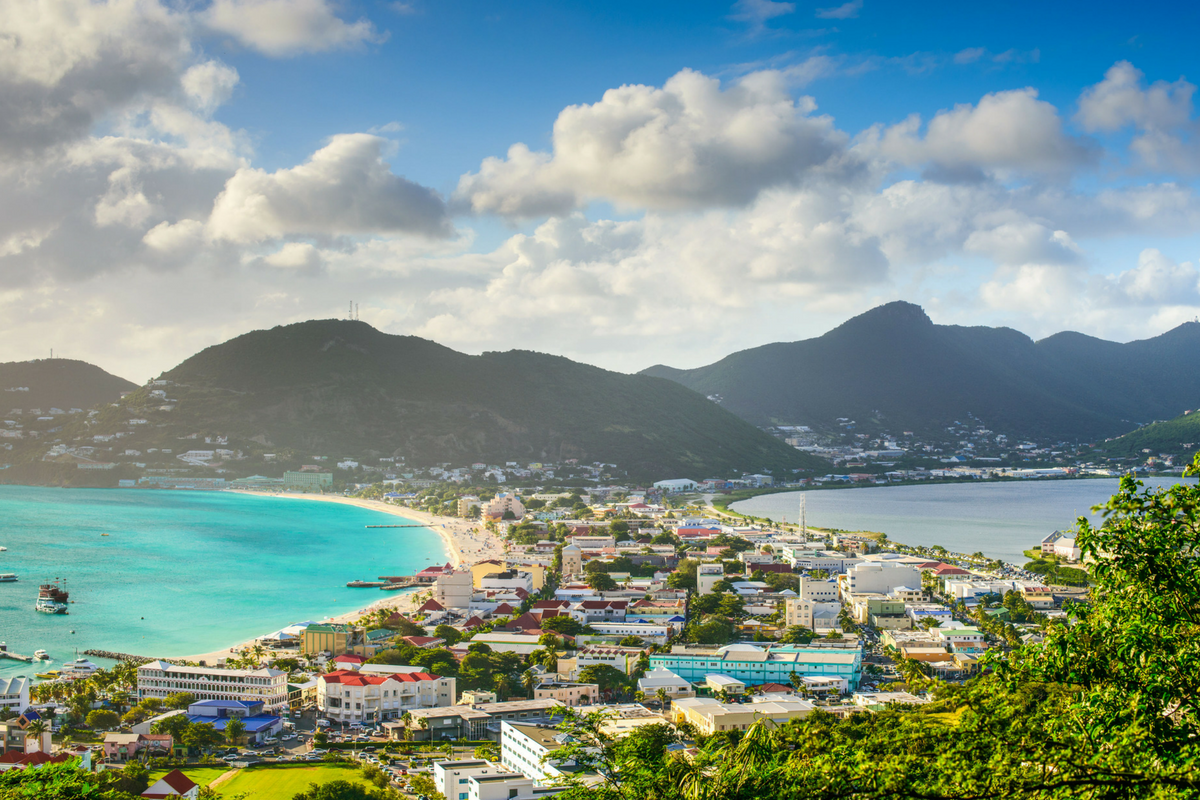 Dutch Caribbean – a Taste of Paradise

The Netherlands is a beautiful country, yet people rarely associate it with something exotic. It is a place of gorgeous architecture, long bike routes, tulips and windmills, not of palm trees, exotic fruits and turquoise water. However, there are few islands on the Caribbean Sea, that have a strong connection to the mainland. Today, we will talk about the Dutch Caribbean.

What is the Dutch Caribbean?

But first things first. What exactly are the Dutch Caribbean? Well, those are the present and former territories of the Dutch Empire and the Kingdom of the Netherlands. They all lie in the Lesser Antilles on the Caribbean Sea, hence the name.

Which islands belong to it? There are six of them, Aruba, Curaçao, Sint Maarten, Bonaire, Saba and Sint Eustatius.

Starting in the alphabetical order, let’s take a trip to Aruba, the part of the ABC islands (Aruba, Bonaire, Curaçao). It is probably the most famous of them all. Aruba is one of the 4 countries that form the Kingdom of the Netherlands, along with the Netherlands, Curaçao and Sint Maarten.

It lies just off the coast of Venezuela, making it a very sunny and warm place. Its climate is not affected by the hurricanes, as it doesn’t lie in the Hurricane Alley, and is known to be rather dry. That’s what the tourists love about it so much. It is known for its white, sandy beaches, mostly on the southern coast of the island. The temperatures on the island barely vary throughout the year, with the average of 28 degrees Celsius.

The capital, as well as the largest city on the island, is Oranjestad. There, you can observe examples of the Dutch colonial architecture, with colourful buildings, such as the Civil Registry on Wilhelminastraat.

One of the most popular sights on the island is actually the flamingos. Those beautiful birds make the views from Aruba that much more spectacular. 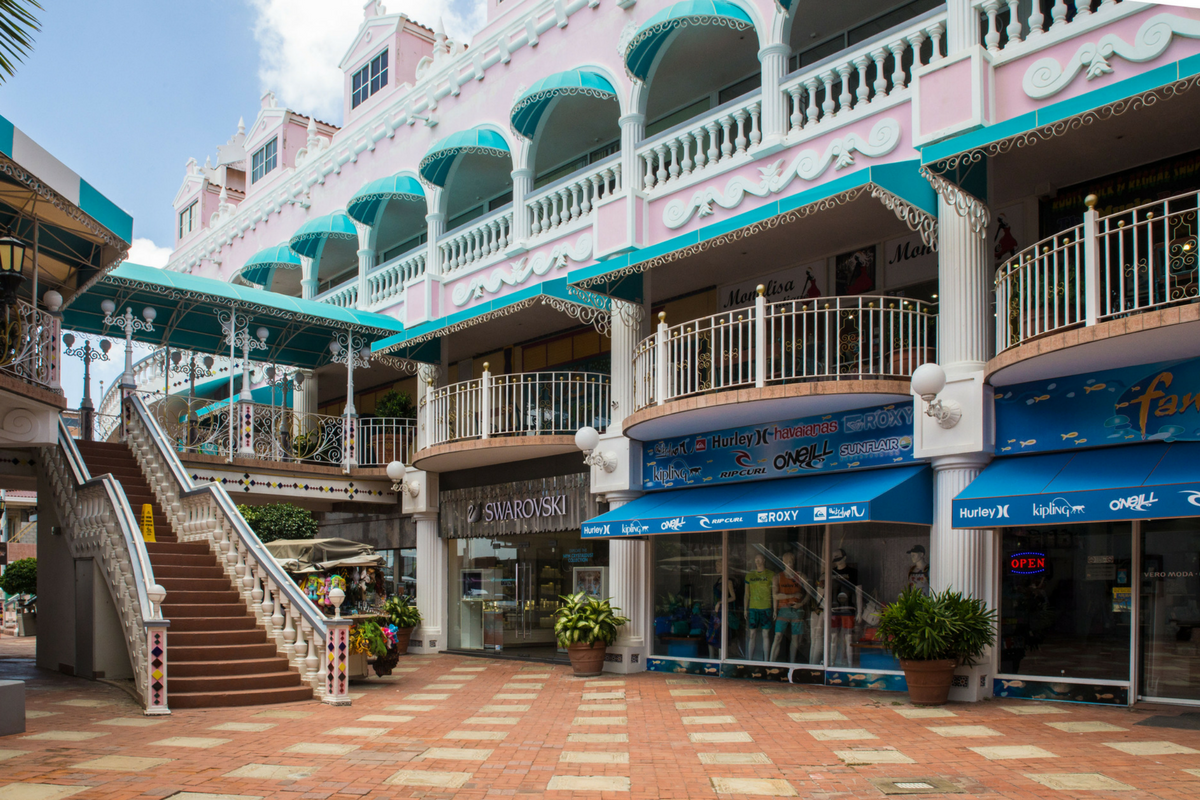 Another part of the ABC islands is Bonaire. It lies around a hundred kilometres off the coast of South America, and similarly to Aruba is not a part of the Hurricane Alley. Bonaire also has a warm, dry climate, making it a great holiday destination all-year-round.

The island is a popular scuba diving destination, thanks to its fairly clear waters and coral reefs located around it. Its coastline has actually been pronounced the marine sanctuary, to protect the coral reefs. The island’s Lac Bay, on the other hand, is famous among the windsurfers.

Bonaire’s capital is Kralendijk. Most monuments in the city and on the island are fairly new but surely worth seeing.

The last one of the ABC islands is Curaçao. As mentioned above, it is actually a country. Similarly to the other ABC islands, it lays off the coast of South America and does not experience hurricanes, with warm, dry weather all throughout the year, with only a few months of the wet season.

Its name most likely comes from the Portuguese word for “healing”. It was given to it, after some Portuguese sailors, who suffered from a lack of vitamin C were left on the island, but were later found cured after eating its fruits. You may know the name due to the famous liqueur. It is made from laraha, a bitter orange native to the island, and a very popular cocktail ingredient, in a large part due to its intense, blue colour.

The island, just like Bonaire, is very popular among scuba divers. Another reason for its popularity is its capital, Willemstad. The centre of the city has been designated a UNESCO World Heritage Site. The reason for it is the Dutch colonial architecture. Colorful buildings scattered around the city create incredible views. 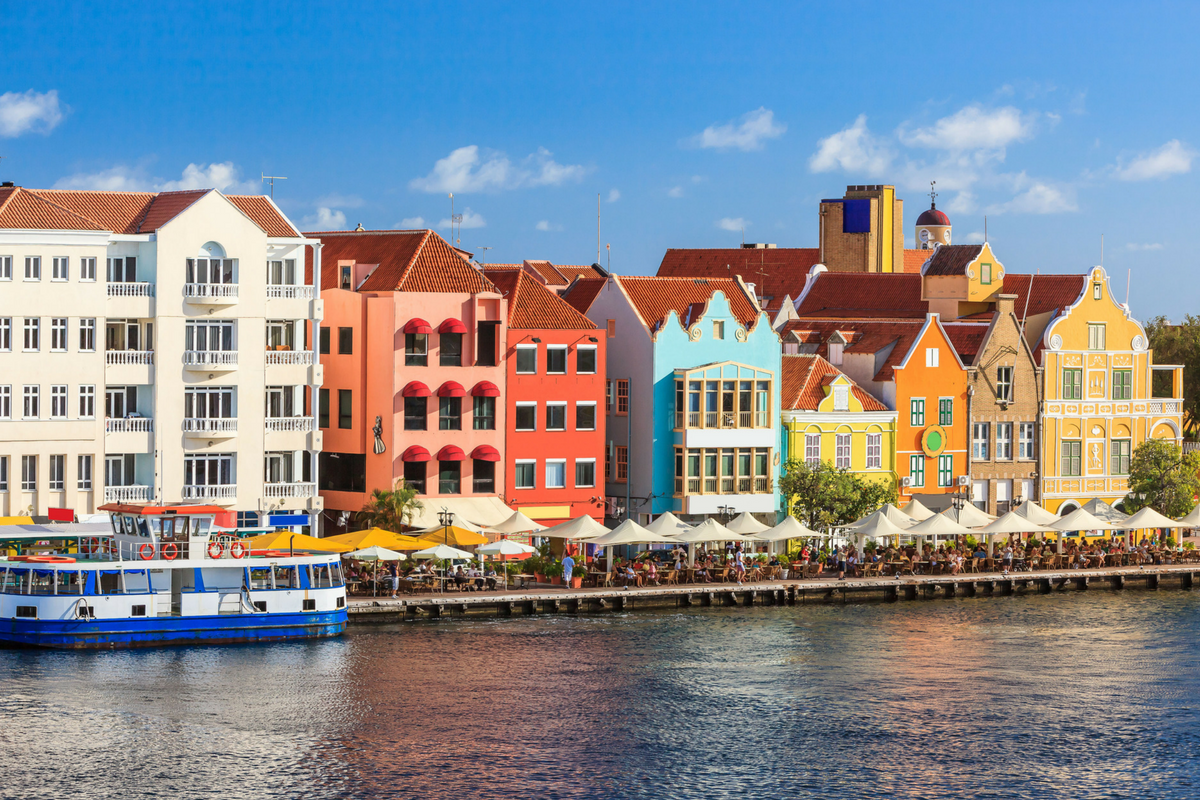 Located much further from South America, fairly close to Puerto Rico, is Saba. It is a small island, with the area of only 13 square kilometres and a population of 1,991 inhabitants. English and Dutch are both official languages of Saba.

While it is not as popular as the other islands, with less than 30 000 tourists visiting it each year, it is becoming increasingly more popular. It is known as the “Unspoiled Queen” of the Caribbean, due to such small number of inhabitants. It is also very popular among the people interested in ecotourism. 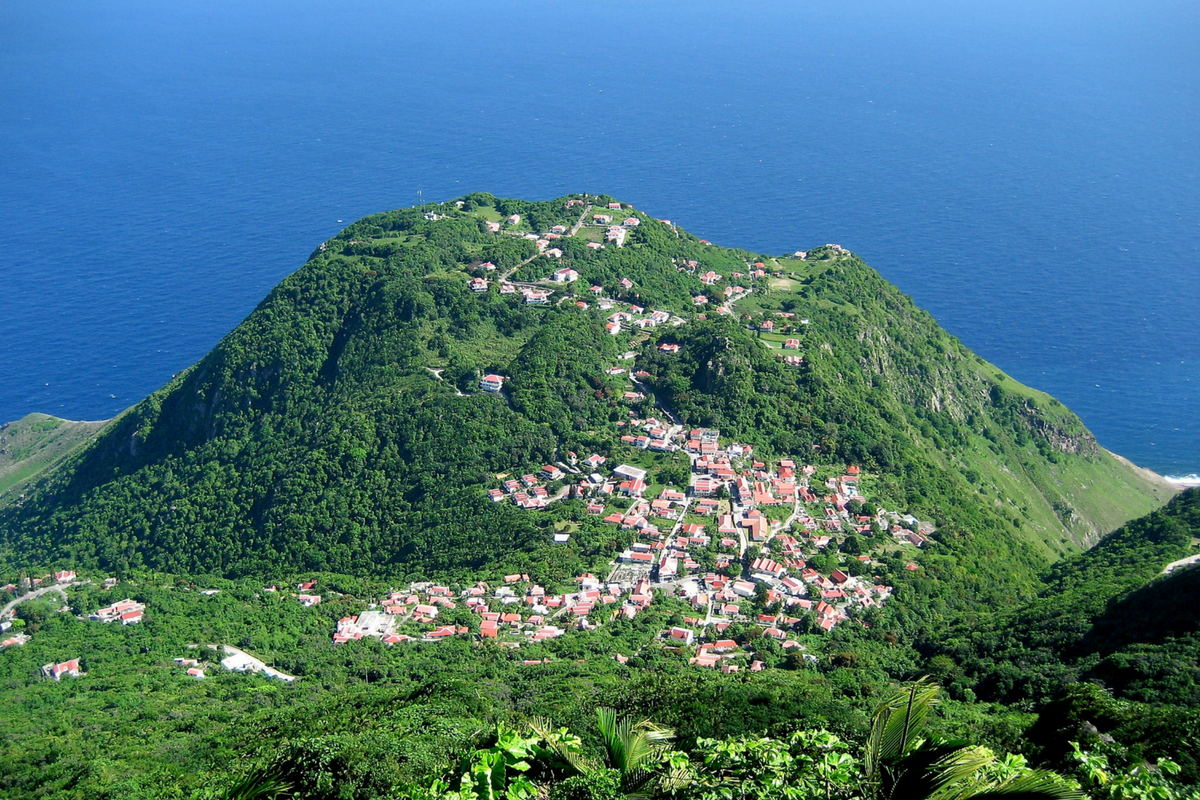 Close to Saba lies the island of Sint Eustatius. You can actually see one island from the other. With the area of 21 square kilometres, it is also not a large piece of land. Similarly to Saba it also has a large volcano on its grounds. 602 meter-high dormant volcano Quill, is one of its major attractions.

The slogan of the island names it the ‘The Caribbean’s Hidden Treasure’. No wonder, its gorgeous coral reefs and natural wonders make it truly a special destination.

While there, make sure to visit the Fort Oranje, Lower Town Beach and most importantly the Sint Eustatius Museum, to learn more about its history. 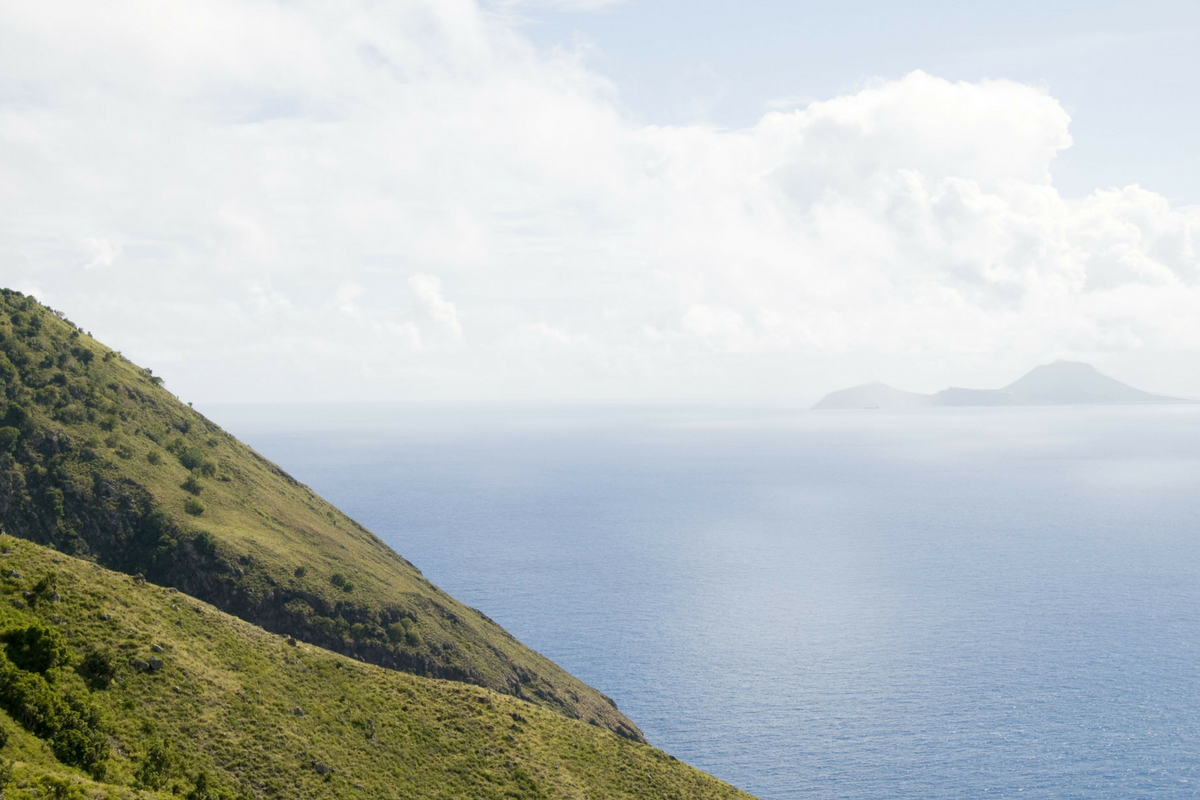 Last, but not least, is the island country of Sint Maarten. The island is divided into two sections, one of which is Dutch, while the other one is in fact, French. Only the Dutch part is an independent country, with Philipsburg as its capital.

It is one of the most popular of the Dutch islands. No wonder, with its sandy beaches, beautiful lagoons (The Sint Maarten Simpson Bay Lagoon, is the largest lagoon of the Caribbeans), luxury hotels and many events all-year-round, it is the perfect holiday destination.

Similarly to the other islands, it is perfect for the scuba diving lovers, as well as the other water sports enthusiasts. However, those who prefer a calmer approach, can relax in the city capital, go to a spa, or see one of the country’s museums or galleries.

The Dutch Caribbean have plenty to offer. They are a true piece of paradise, too beautiful to miss out on.

One thought on “Dutch Caribbean – a Taste of Paradise”