New Year’s Eve is celebrated all around the World. Hundreds of destinations are perfect for spending the last day of the year. Today we’ve prepared a round-down of those places with their most popular New Year’s Eve traditions.

Scots take New Year’s Eve to another level. During the Hogmanay, a celebration that dates all the way back to the times of the Vikings, you will surely make some spectacular memories. To enjoy it to the fullest, go to Edinburgh, where on top of all the parties, you will have the gorgeous scenery around every corner.

It all starts on the 30th of December with a spectacular torchlight procession. The sounds of the drums create a unique atmosphere, taking you all the way back to the middle-ages. 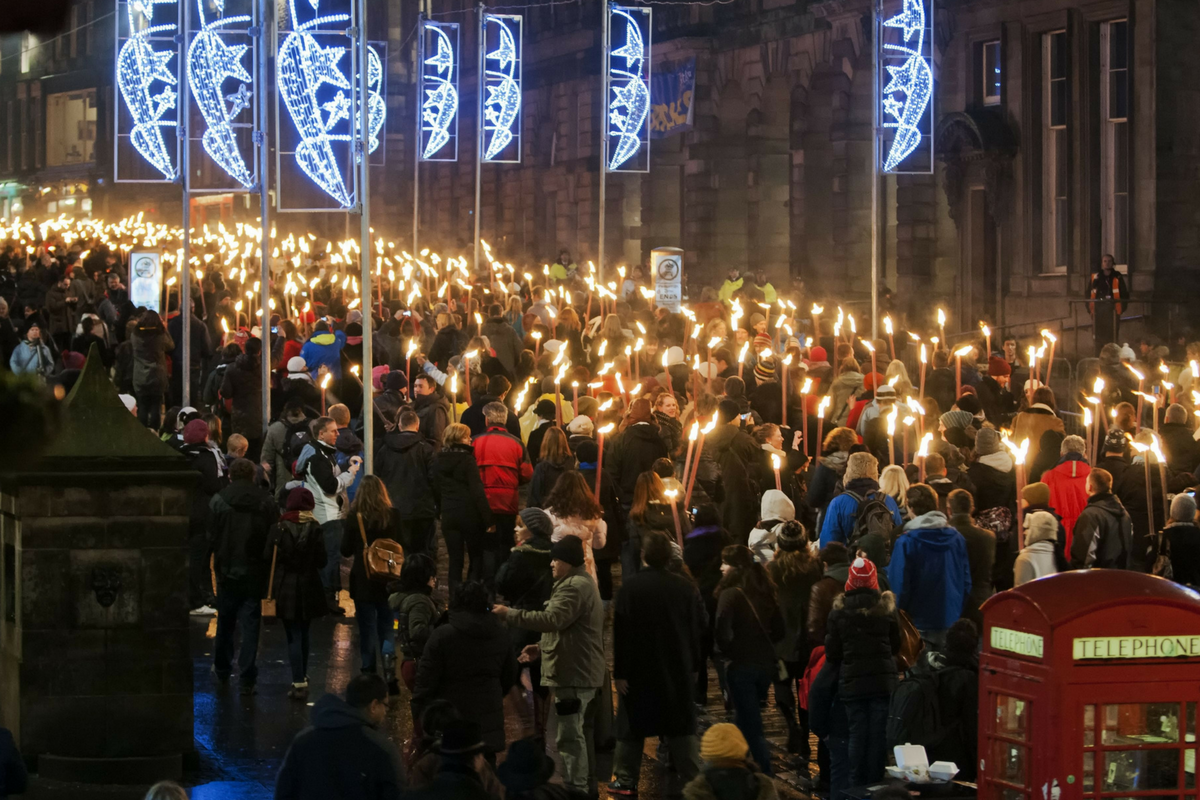 Next come the parties. On the 31st, the citizens of Edinburgh dance to the sounds of the live music and party on the streets of the city. Then, the firework display occurs when thousands of colours burst above Edinburgh Castle. All that is followed by the crowd singing the traditional song – Auld Lang Syne, creating an unforgettable experience.

And as if all that wasn’t fun enough, you can join the Loony Dook on the first day of the new year. Each year hundreds of wild souls participate in a colourful parade finishing with the splash in the River Forth.

One of the most iconic New Year’s Eve views is the fireworks exploding behind the Sydney Opera. Unlike many other famous destinations this time of the year, the city is not covered in snow. That’s because the southern hemisphere experiences summer during this time of the year.

A less famous, yet equally, if not more beautiful, destination is nearby New Zealand. The Auckland’s  Sky Tower fireworks display is a one-of-a-kind view. And the city offers a great atmosphere for those who like to have fun during that special day. However, if you’re not a big fan of crowds, this incredible country’s gorgeous landscapes will ensure you a beautiful New Year.

As for traditions, New Zealand offers something rather… loud. It is a custom for the Kiwis to walk through the streets while banging on pots and pans.

Rio de Janeiro is known worldwide as a party city. No wonder that’s where the biggest carnival in the World takes place. And, of course, the city doesn’t disappoint on New Year’s Eve. Before you head out to the party, dress in something white. That should bring you peace and prosperity for the upcoming year. After you’ve got that covered, you can head to the party.

The best place to be, although the most crowded one, is the Copacabana Beach, where millions watch the firework show, listen to live music, dance and cheer all through the night.

And after the clock strikes midnight, and the fireworks fade, make sure to quickly run towards the ocean to find a spot for yourself. All because in Brazil, it is customary to celebrate the new year by jumping the seven waves. While doing so, you should think of seven wishes. And make sure not to look back at the ocean after you’re done! 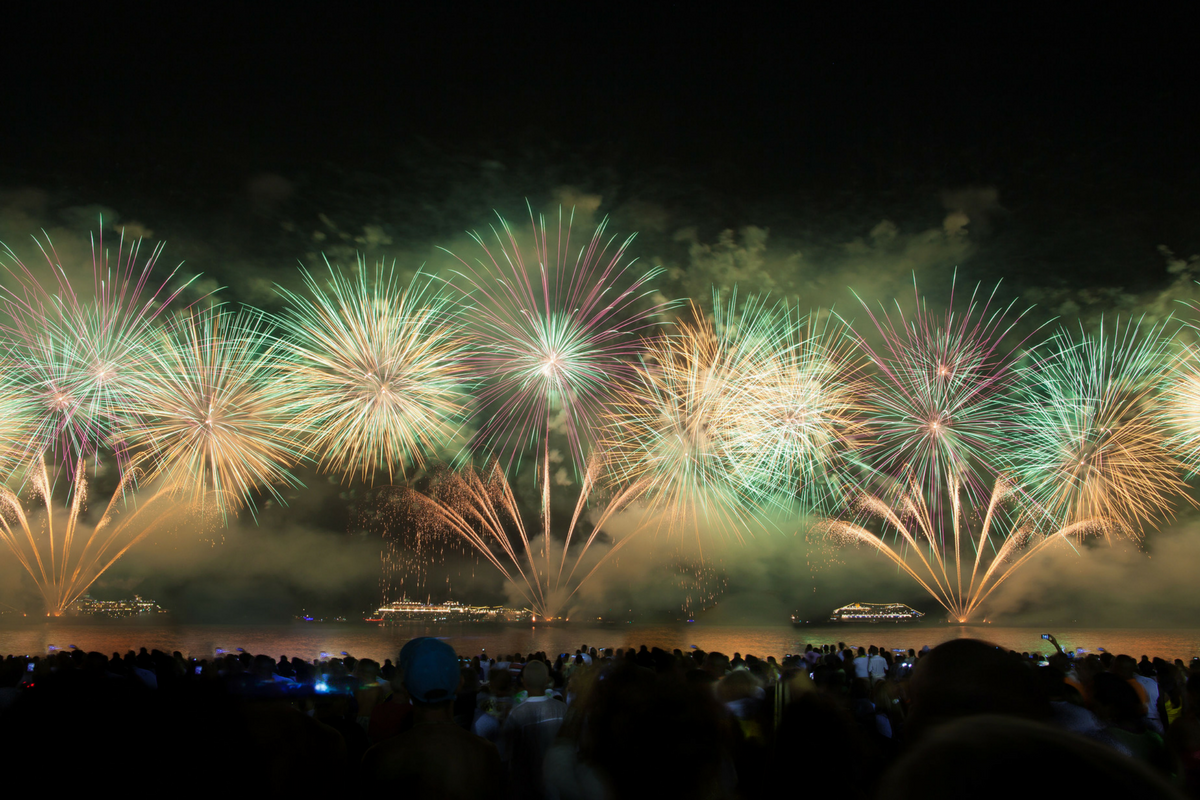 We most likely don’t have to convince you to visit the Bahamas. They are probably already on your list. But maybe you need some convincing as to why you should do it on this particular date. While the celebration on the 31st is always fun and full of music, dance and laughter, it’s what happens the day after that’s truly worth seeing.

Every year on the 1st of January (as well as on the December 26th), a Junkanoo takes place around the country. Junkanoo is a street parade where people dressed in traditional costumes dance and sing while marching through the city to the sounds of the drums. An amazing spectacle worth seeing! 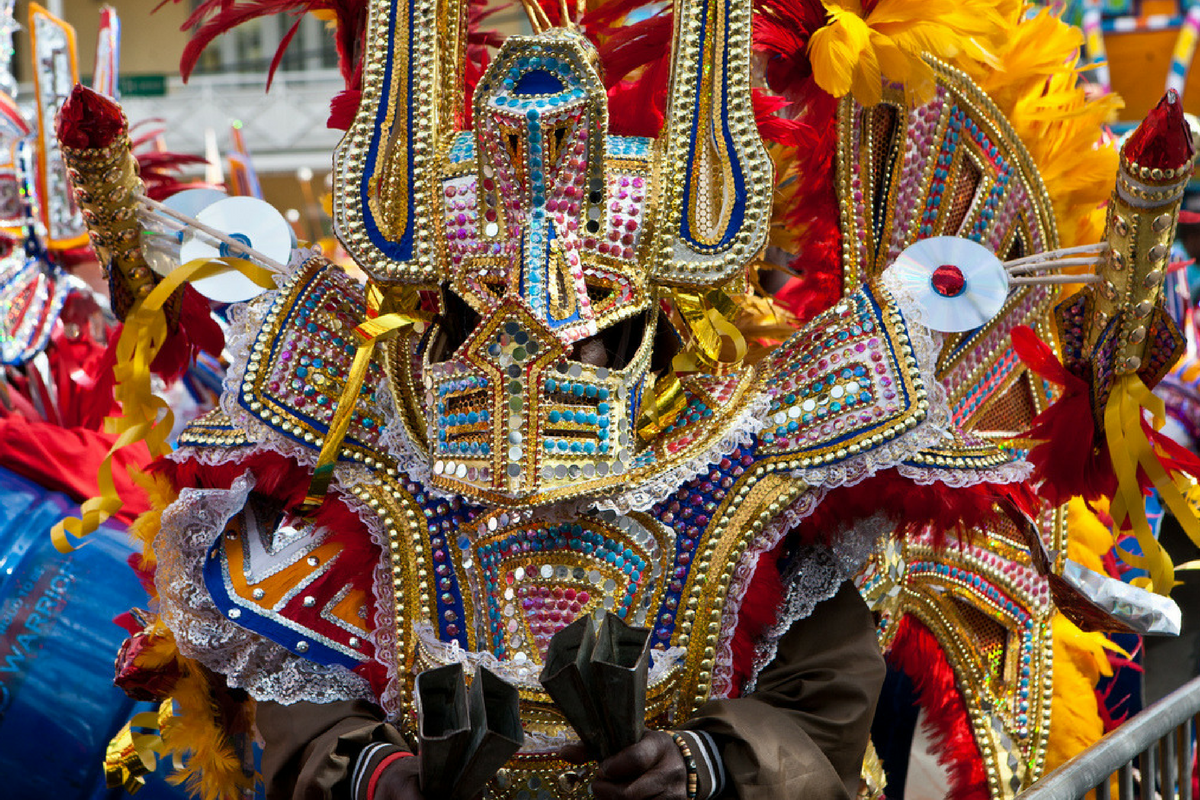 Granada is one of Spain’s most beautiful cities. Many know it as a rather calm, historical city, with many narrow streets and gorgeous sites. Not everybody knows that Granada also has some of the best parties. Due to a fairly large amount of students living there, the city has great nightlife, so you’ll surely find a place to dance the night away.

But before midnight, make sure to head down to the Plaza del Carmen. That’s where the citizens tend to welcome the new year while enjoying live music and admiring fireworks. And, of course, that’s when they eat the famous twelve grapes. It sounds bizarre, but that’s how the Spanish celebrate. They eat one grape for each ring of the bell at midnight. It’s supposed to bring the good luck for the upcoming year and makes for a fun tradition.

Colombians sure know how to party. During the New Year’s, they dance the night away. One of the best places to visit is Cartagena. This port city on the Caribbean coast of Colombia is the most famous place in the country among tourists. No wonder, since its gorgeous old town from the XVIth century and vibrant atmosphere mesmerise every visitor.

During that day, the city becomes especially festive and, most importantly, full of positive energy and parties.

But don’t be surprised when you see people carrying suitcases with them all day. In Colombia, it is a custom. And one we applaud, actually. It is meant to ensure that the person who does that will have a year filled with travels. And that’s what we wish for everybody!