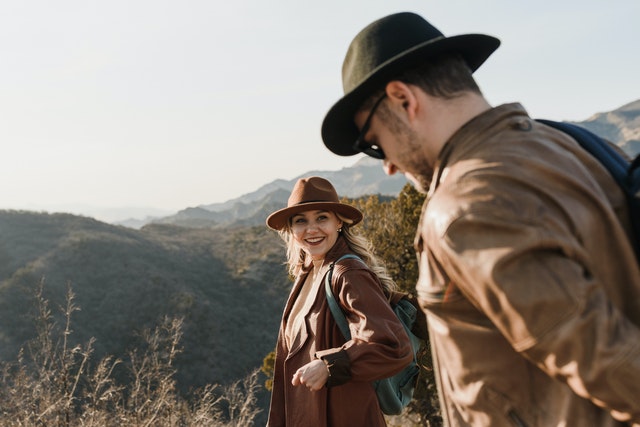 ‘Revenge Travel’ and Why It’s Here to Stay

Covid-19 has severely impacted the way we travel. After a year of cancelled flights, postponed trips, and stressing over planning anything more than a camping trip to the mountains nearby, people don’t want to feel trapped anymore. On the contrary – they want to break free from the so-called ‘lockdown fatigue’ and venture further. The desire to travel has only intensified over the past year and, apparently, we aren’t afraid to splurge.

The term ‘revenge travel’ was first used by India’s health ministry to express concerns over the crowding of tourist destinations not long after a devastating second wave hit the country. Picked up by the media, it is now used to describe a strong urge to travel further, for longer, in a more luxurious way — despite certain inconveniences like having to wear masks or paying extra for covid tests. It also refers to the idea that there will be an even more significant increase in travel as it becomes safer when things continue to open back up.

Where does the term ‘revenge travel’ come from?

First there was ‘revenge bedtime procrastination’ — a term introduced to a broader audience by journalist Daphne K Lee to describe a situation when a person would rather stay up late killing time than turn in and get some much-needed sleep. All to regain for themselves that tiny bit of the day that’s left after long hours spent on working and commuting.

When it comes to travel, however, we want to regain the time we could have spent on holidays. And the freedom to go on holidays at all. Although making long-term plans may not feel safe nor justified anymore since we can no longer take for granted that there will always be a flight the next day and that borders will stay open for us, we still want to try to make up for the lost time and experiences with a vengeance. All in order to compensate for ‘that lost year.’

The Golden Era for travel

With the summer holiday season well underway in the Northern Hemisphere, the vaccination process going forward, and travel restrictions gradually lifting, we can already see a boom in travel bookings and people happily spending all the miles, points, and vouchers that they accumulated during lockdowns. Some hotels have also started to report an increased amount of bookings, which shows just how popular these revenge trips are. The rest of 2021 and the years to come are likely to become a new Golden Era for travel.

One of the newly visible trends in travel is spending way more on the post-pandemic trips compared to trips pre-covid. Family and friends reunions, postponed honeymoons, and anniversary travels are all great excuses to splurge. The ‘revenge’ people seek on these trips reflects the havoc the recent pandemic has wreaked on their lives. Now that the world is returning to this so-called “normal”, they’re treating themselves indulgently. And while such actions can be viewed as selfish by some, we should remember that travel not only offers relief from stress and an escape from everyday reality, it’s also an important factor in stimulating the economy.

Where do we go revenge travelling?

According to experts, travellers are most excited to ‘revenge’ travel to places where they can spend a lot of time outdoors without masks. Such destinations include mountain and lake areas, beaches and coastal towns, national and state parks, camping sites, and small to mid-sized cities. Demand for hotels and apartment rentals located out of city centers is also on the rise.

“We’re seeing the biggest excitement for post-pandemic revenge travel initially to the sun and sand destinations”, says Konrad Waliszewski, travel expert, as quoted by HuffPost. “Everyone has had a hard year, so while they’re craving new cultures and adventures, they want to give themselves a much-needed break first. They want to sit on a beach and give cold cheers to the people they missed most during the pandemic.

Spending more time on the beach is consistent with another travel trend prediction: continued interest in outdoor adventures. Experts say even though the virus seems to be dissipating, we shouldn’t forget social distancing and covid hygiene, and it’s much easier to do that outside. After all, we all want to travel safely.

Some of the trendiest destinations for revenge travel include Alentejo, Portugal, with its soft hills and picturesque sunsets; Alta, Norway (be sure to check their “arctic dome” hotels); Gdańsk, Poland, for beautiful views and affordable stays. When it comes to countries, Japan and Australia rank very high for their health and hygiene rank, making them top international destinations for ‘when it’s all over.’

Are you revenge travelling?

Now that we know what revenge travel is and where it comes from, it’s time to see if our travel habits fit the ‘revenge’ pattern:

If you answered ‘yes’ to at least three of the questions, you’re likely to be revenge travelling.

Revenge travel is a thing and it looks like it’s here to stay. And whether or not you’re giving your travel style a name, be sure to join Bidroom for free and gain access to the best hotel deals and travel extras — no matter the destination.