bidroom blog > Travel > Rotterdam – the Cool Underdog of the Netherlands 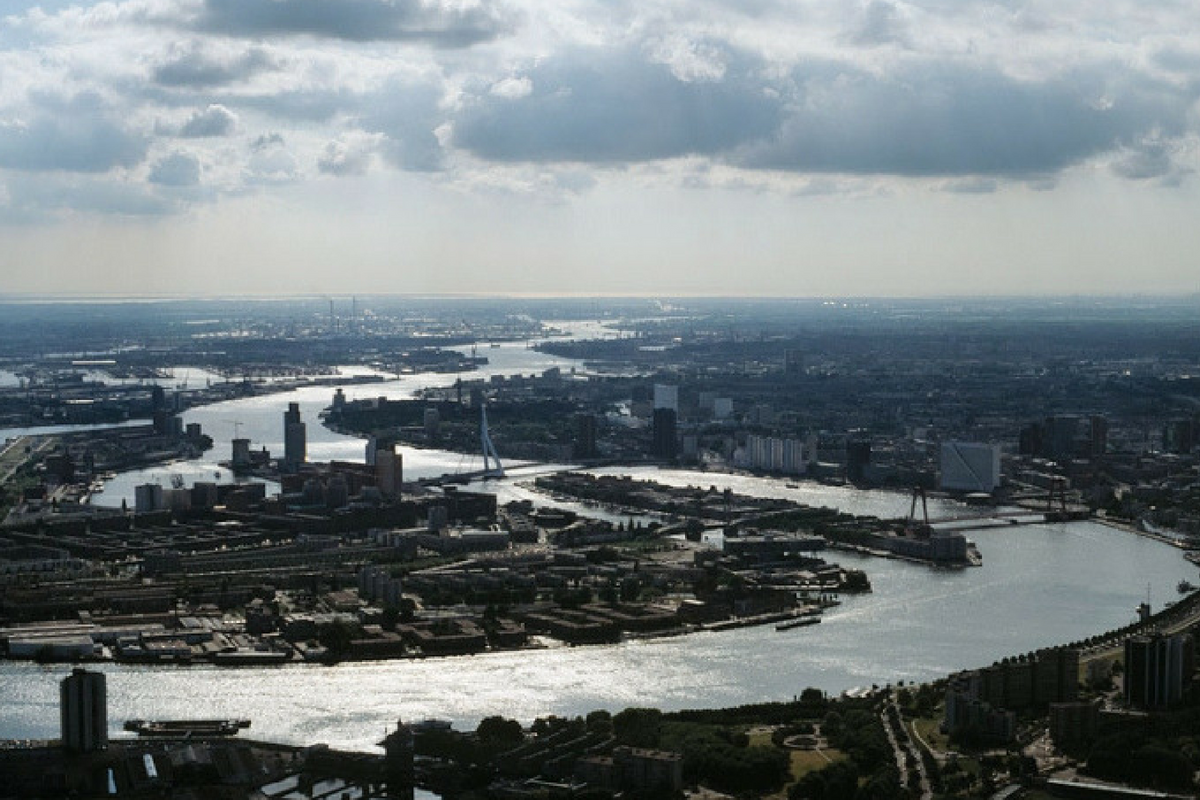 Rotterdam – the Cool Underdog of the Netherlands

Rotterdam – second largest city of the Netherlands and Europe’s biggest port – has been transforming from the Amsterdam’s shadow to the new hip place. Some may ask, does the city of 630,000 people from 170 nationalities can be considered Europe’s new capital of cool? Here’s why you should visit Rotterdam now.

The Markthal, or the Market Hall, is the first reason on our list. Why? It is a modern building that not only consists of over 4000 m2 indoor market area, but you will also find there numerous cafes, restaurants, apartments, a hotel and an impressive underground parking that will fit more than 1500 cars. If that doesn’t convince you, we will just add that the whole Markthal is one of the biggest buildings in Rotterdam. Also, the ceiling of the building is one of the biggest works o art. Literally. We are sure that no matter who you are and what you like, the Markthal will impress you. It did that to us. 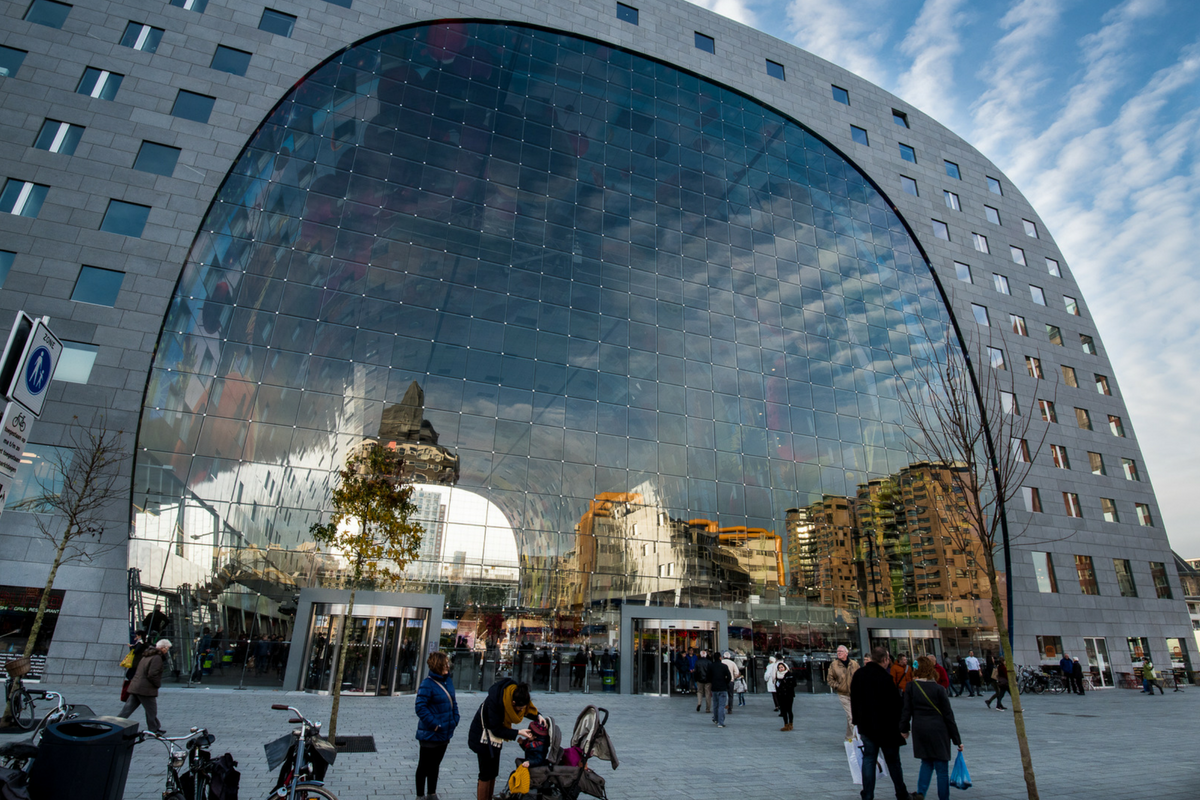 Rotterdam is a city with a lot of water areas. That, obviously, limits the living and commuting space in the city. You would probably think that it will cause a problem for Rotterdam once it gets too crowded. Partially, you would be right. However, this obstacle has caused the Dutch architects to go beyond their imagination. Because of that, you can now enjoy the beauty of floating architecture. Yes, while in Rotterdam, you can see buildings that seem to float on the water. One of the examples? Floating Pavilion, that hosts conferences and meetings, is a building that, when you look from aside, is literally standing on the river. Architecture like this is actually the future of the city, allowing it to develop despite the geographical obstacle.

Are you a fan of museums? No? Well, Rotterdam has found a way for that too. Because there are people that like art, but don’t necessarily wish to spend a whole day in the bunch of museums, in Rotterdam you can find art galleries located in public places like parks and gardens. Of course, if you wish to go and see some museums, Rotterdam can offer you a whole Museum Park. With gardens and green areas around, it will for sure be a perfect spot if you want to learn about history or see all of the art pieces. No matter which one you will choose, the outcome will be the same – you will for sure love it there. 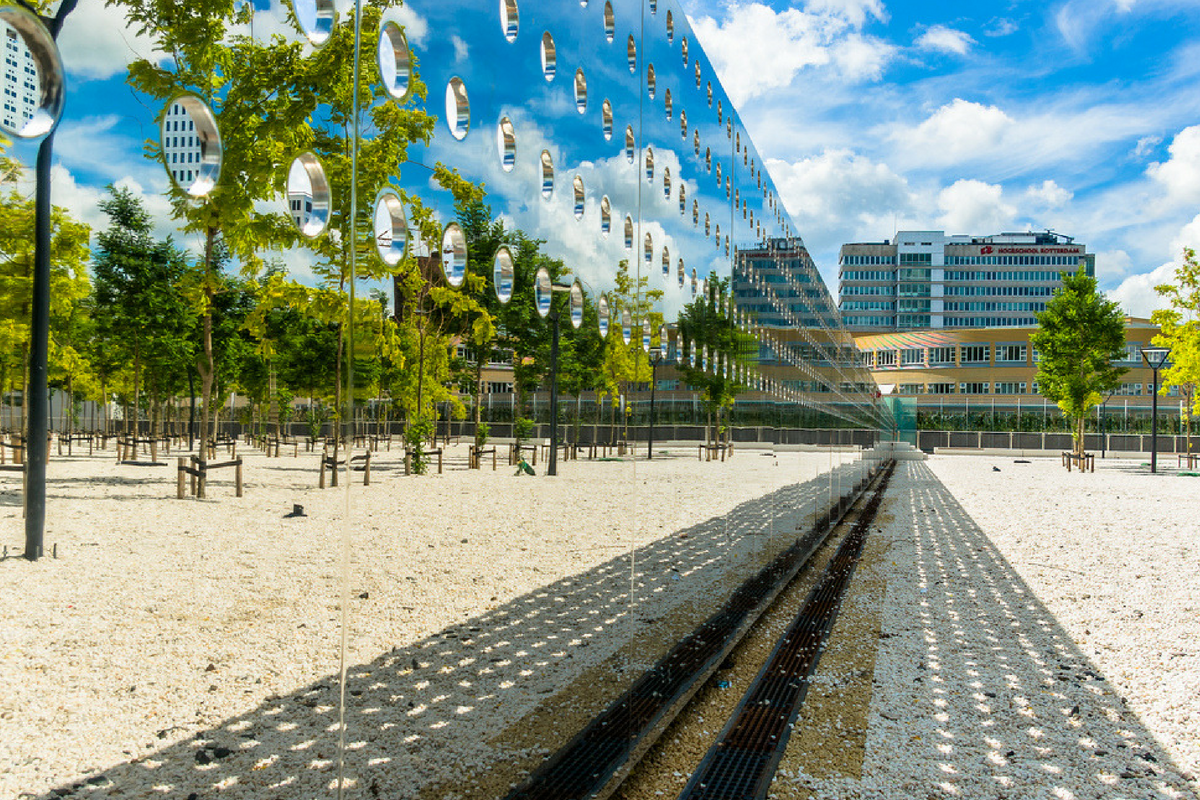 The one thing you can for sure associate with Rotterdam is transformation. Not only is the spirit of the city undergoing it, but physically, the whole place is changing too. The old factories are either changed into office spaces, taken under the wings of UNESCO or, just like Fenix Food Factory with the rest of Rotterdam’s red light district, changed into social spots. The mentioned Fenix Factory is right now a part of a local market, where people from nearby places sell their food. Not only you can shop there for all kinds of goodies, but you can also sit down and enjoy your time there. It all matches the feeling of transformation you can get while being there.

As Amsterdam is a city with a lot of water areas, one of the ways to see it is a boat trip. It might not sound very special, but boat trips are always a good choice. They give you completely different perspective on the city itself. Moreover, you will be able to see much more in the shorter time.
Another thing worth mentioning is that the trip on one of the rivers in Rotterdam will allow you to see both its beautiful, modern skyline, as well as the signs of its marine past, present and, possibly, the future. We highly recommend this kind of sightseeing if you need a break from walking. 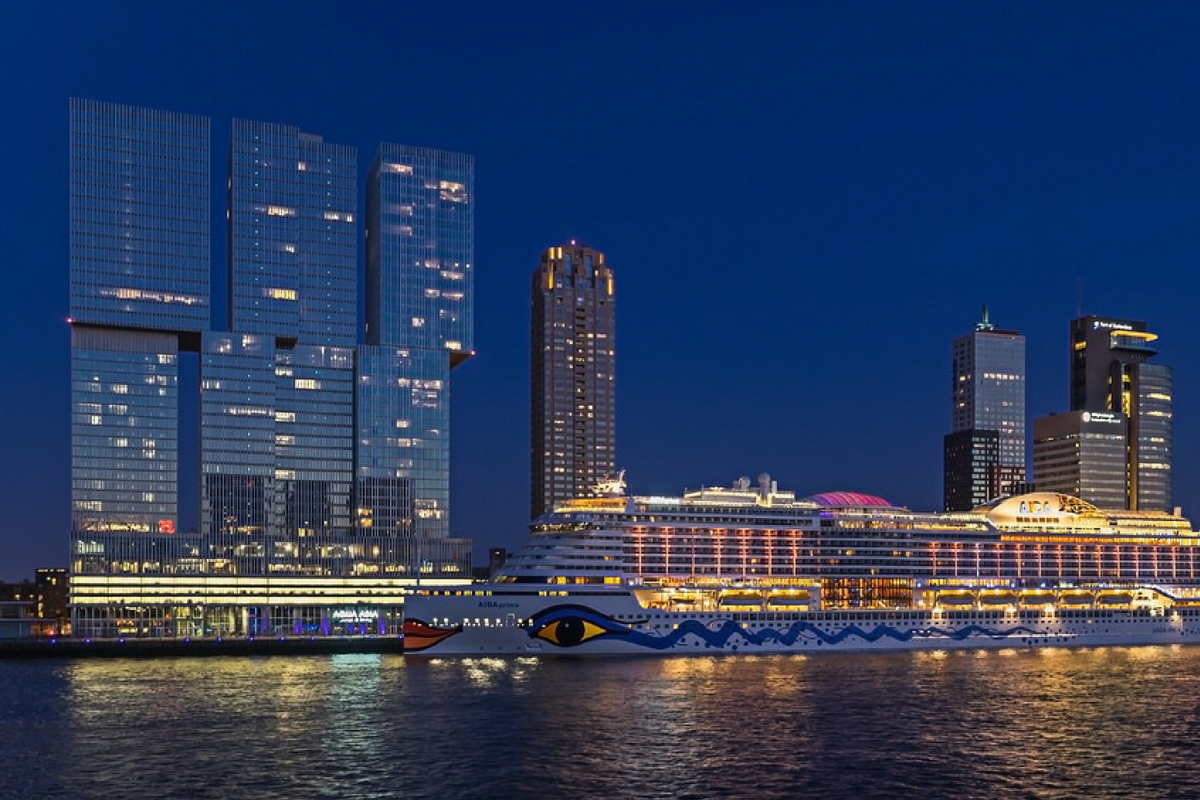 “Asgard is not a place, it’s a people” The same could be said about Rotterdam. Many transformations and renovations are held because of the citizens. One of the numerous great ideas is the way they lower the number of imported goods. If you look at Rotterdam, a very big part of the people from the city has started growing their own vegetables. Why do they do that? Not only do the plants clear the air, but also, they have their own, healthy vegetables that are not injected with any preservatives. The initiative got so popular that people started growing vegetables on the roofs of the buildings. Additionally, that idea allows to lower Rotterdam’s import costs, as people do not need as much of the goods from outside of the city – they get it from their garden!

As you can see, the city of Rotterdam is a special one. Firstly as a harbor city, now it has transformed into the cool destination that attracts many people from all around the world. Here, in Bidroom, we believe it’s a city with a huge potential and hope that everyone has a chance to see it.

2 thoughts on “Rotterdam – the Cool Underdog of the Netherlands”