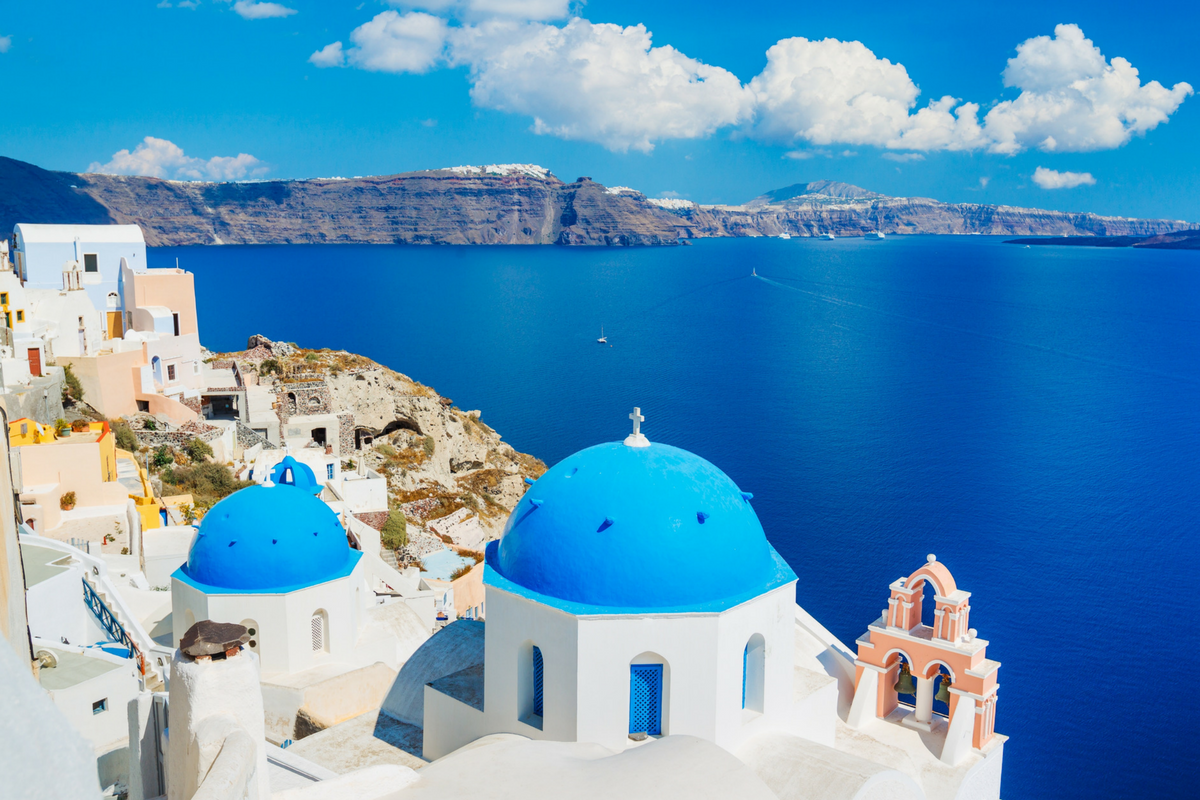 Greece is one of the most popular destinations in Europe. The mainland is, of course, stunning, but for many people what truly makes Greece special are its islands. Each of them is different, but they are all absolutely spectacular. In today’s post, we will take you on a trip through some of the most popular of them.

Crete is not only the largest Greek island and the fifth biggest isle in the Mediterranean Sea. It is also one of the cradles of the European civilization. Full of incredible and fascinating place you simply have to see for yourself.

The island is divided into four administrative regions: Chania, Rethymno, Heraklion and Lasithi. All of them are absolutely stunning.

Chania is dominated by the wonderful White Mountains and National Park, known for its harbour full of historical buildings of Venetian and Turkish design, old town with narrow streets, multiple museums, churches and crafts shops, as well as the amazing food.

Rethymno, like Chania, is also covered in structures dating back to the Venetian era, such as the well-known harbour, located by the Arkadiou street houses and the ruins of the Venetian Fortezza. With its Archeological Museum, the Rethymno City’s Art Gallery, the Museum of History and Folklore, as well as many lovely churches and plenty of festivals, it is the perfect destination for the culture lovers.

The administrative capital and the largest city of Crete, Heraklion is a must-see. There, you can truly feel the history all around you. The ruins of the famous Knossos palace from 2000 BC are only one of many attractions. The impressive Dikteon Andron caves, the gorgeous Agia Triada ruins, the amazing Matala beach, Fodele village and many, many more attractions will keep you busy and in awe!

Last but not least, is the easternmost region of Crete – Lasithi. With the mythical palm tree forest of Váï, the lovely windmills on the Plateau of Lassíthi, great beaches with crystal clear water, the Gulf of Mirabello, beautiful cities and luxurious resorts it is truly worth visiting. 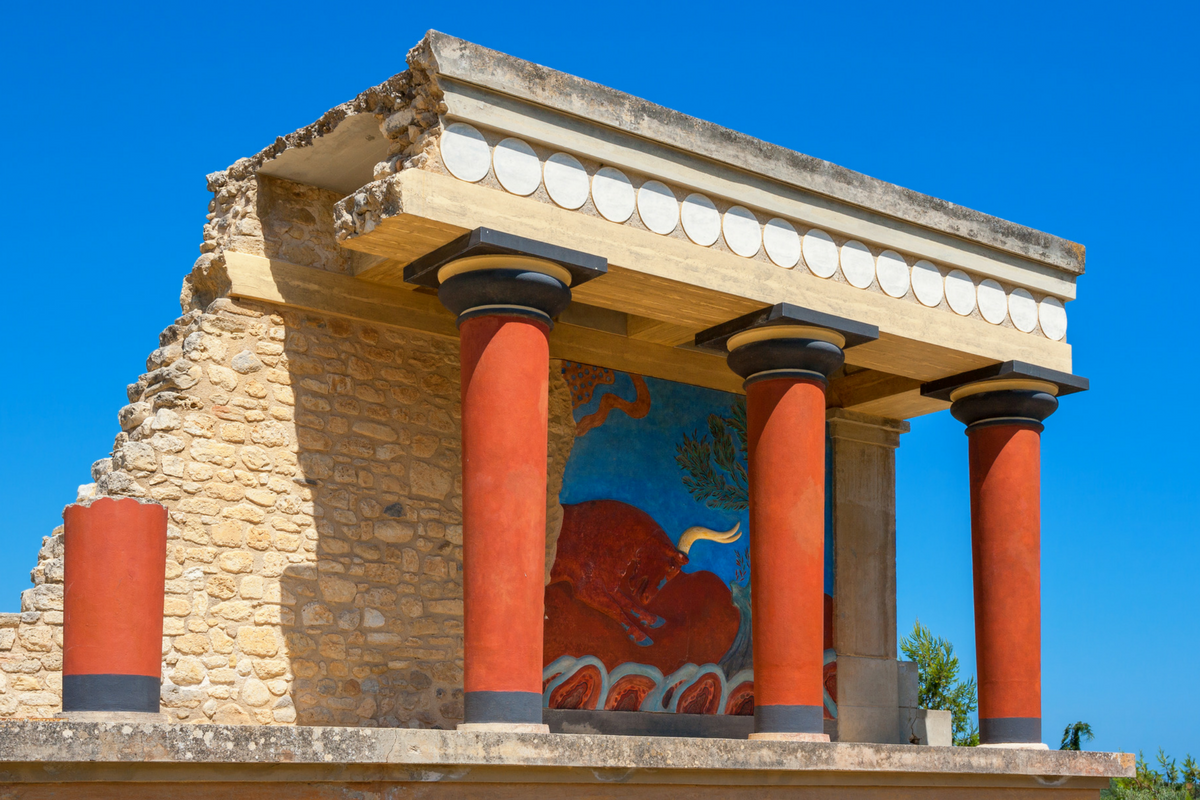 One of the more mountainous islands of Greece, Corfu, with the capital of the same name, lies in the northern part of the Ionian Sea. It is, in fact, the northernmost of the Ionian Islands. Over 100 000 people call it their home.

On the island, among many other beautiful sites, you can admire the Artemida temple, the oldest existing example of the Doric style from 575 bc.

The city of Corfu has been inscribed onto the UNESCO World Heritage List in 2007. Apart from the Artemida temple, the city has a gorgeous XIXth century palace, the Sidero lighthouse, the Ágios Spirídon church and more. When in the city one has to see the Old Town, with its museums and gorgeous narrow streets.

Apart from the capital of the island, there are many amazing little villages with old castles and perfect beaches for some relaxation.

One of the most stunning places on the island is the Mount Pantokrator. While it is generally not very high, reaching 906 metres above sea level, it is, in fact, the highest mountain on Corfu. From its summit, on occasion, you can actually see Italy.

At the heart of the Cyclades lies the island of Mykonos, known as the best holiday destination for anybody seeking entertainment.

Mykonos is often referred to as the best summer destination in Europe. No wonder, it has some of the best beaches and nightlife and is famous as the Ibiza of Greece. Among some of the best beaches are the white sand Megali Ammos Beach, the family-friendly Ornos Beach, the spectacular Platys Gialos Beach, and the trendy Psarou Beach. And of course, you can not miss out on visiting the Paradise Beach or the Super Paradise Beach (yes, those are real names).

All around the island you can find wonderful parties, almost every single night of the year. But Mykonos is not only ideal for those in search of a vivid nightlife. This piece of paradise has it all.

Romance seekers can head over to the Little Venice quarter, where the gorgeous little houses meet the sea, creating a dream-like scenery. It is the best spot on the island for sunsets. The capital of the island, Hóra, is ideal for long walks, with its marble streets and white houses with a colourful door.

And on top of all that, Mykonos is the perfect destination for the water sports lovers. Each year it attracts thousands of surfers and windsurfers from all around the World. No wonder, since it has some of the best wind conditions in Europe.

Whatever you might need, this gorgeous piece of land will have something to offer! 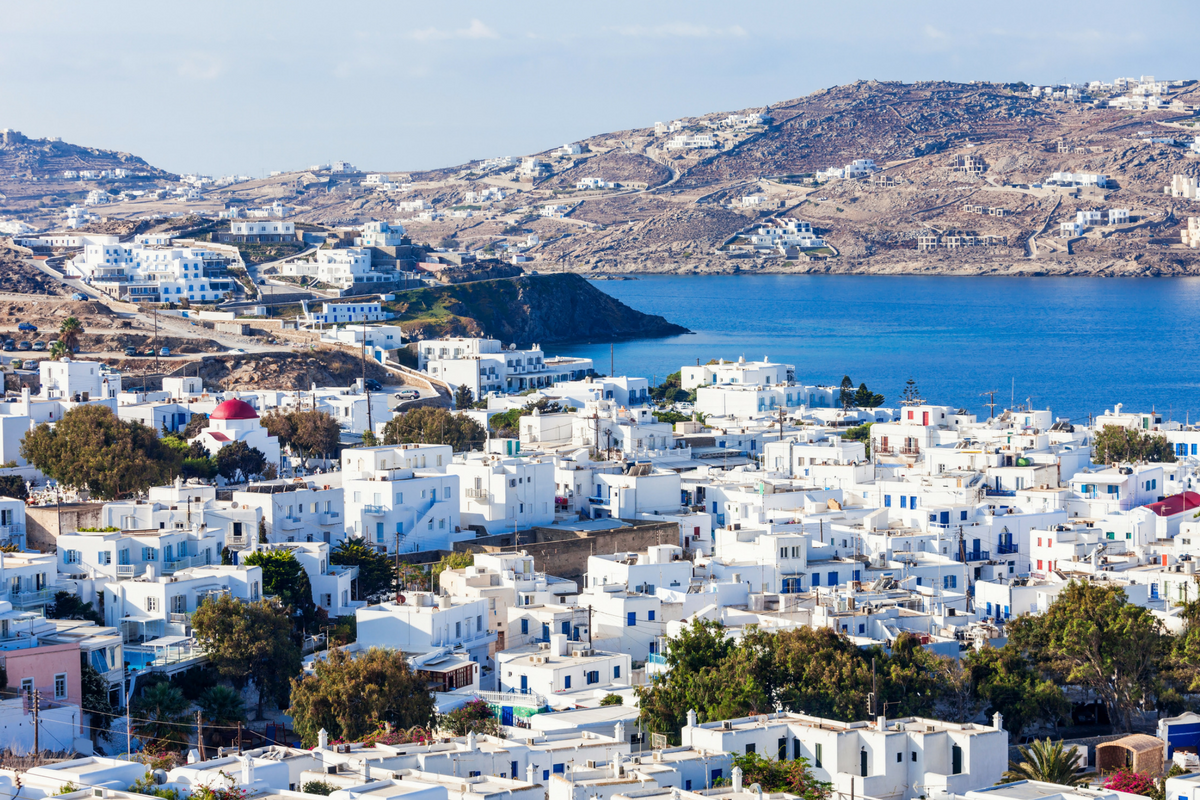 Another, the most southern part of the Cyclades, is Santorini. As a matter of fact, it is not one, but five islands. They lie close to each other creating a moon-like shape. Those islands are Thera (the island of Santorini), Thirasia, Aspronisi, Palea and Nea Kameni.

The group of islands was formed by the eruptions of a volcano, thus their shape. The last big eruption of it destroyed one of the most thriving establishments of the time. That was the beginning of the myth of Atlantis.

Santorini is the perfect holiday destination. Similarly to the other Greek islands, it has a Mediterranean climate with warm, dry summers and mild winters. It is ideal whether you like history or simply want to stroll through lovely streets and enjoy beautiful sunsets. The archaeological sites on the island come from as far as the 17th century B.C., the most important of them being Akrotiri. An especially interesting place to visit if you are interested in history is The Museum of Prehistoric Thera. The beaches on Santorini typically have black pebbles instead of the white sands, although you can find some sandy places as well. Among the most popular of them are Perissa, Kamari and Vlychada.

Santorini is especially famous for the lovely traditional, white houses with blue roofs, that make the landscape of the island in contrast with the clear waters of the Mediterranean simply unforgettable.

One of the largest Greek islands is Rhodes. It lies in the Aegean Sea and covers the area of 1,4 thousand square metres.

The island was already famous in the ancient times. It was known for being the home of one of the Seven Wonders of the Ancient World – the Colossus of Rhodes. The 30 metres tall statue was a portrayal of a god of the sun, Helios. Sadly, an earthquake destroyed it in the 3rd century B.C.

The largest settlement on the island is its capital of the same name. It lies in the north and is a home to over 100 000 people. The city had its beginnings in 408 B.C. and quickly became an important trade centre. Its most impressive part is the Old Town. As one of the best preserved medieval settlements, it has a lot to offer. Starting from gorgeous statues, through fountains, lovely streets, mosques, hammam, the Clock Tower, ending at the famous Palace of the Grand Masters. The gorgeous stone buildings seem to take you back to the beginnings of this wonderful city. Together with a sunny and dry climate, they create an unforgettable scenery. It is surely one of the most impressive places in Greece.

Apart from the main city, there are plenty of smaller villages all around the island. Rhodes is also full of luxurious resorts, perfect for those of you, who want more glamour in their lives. 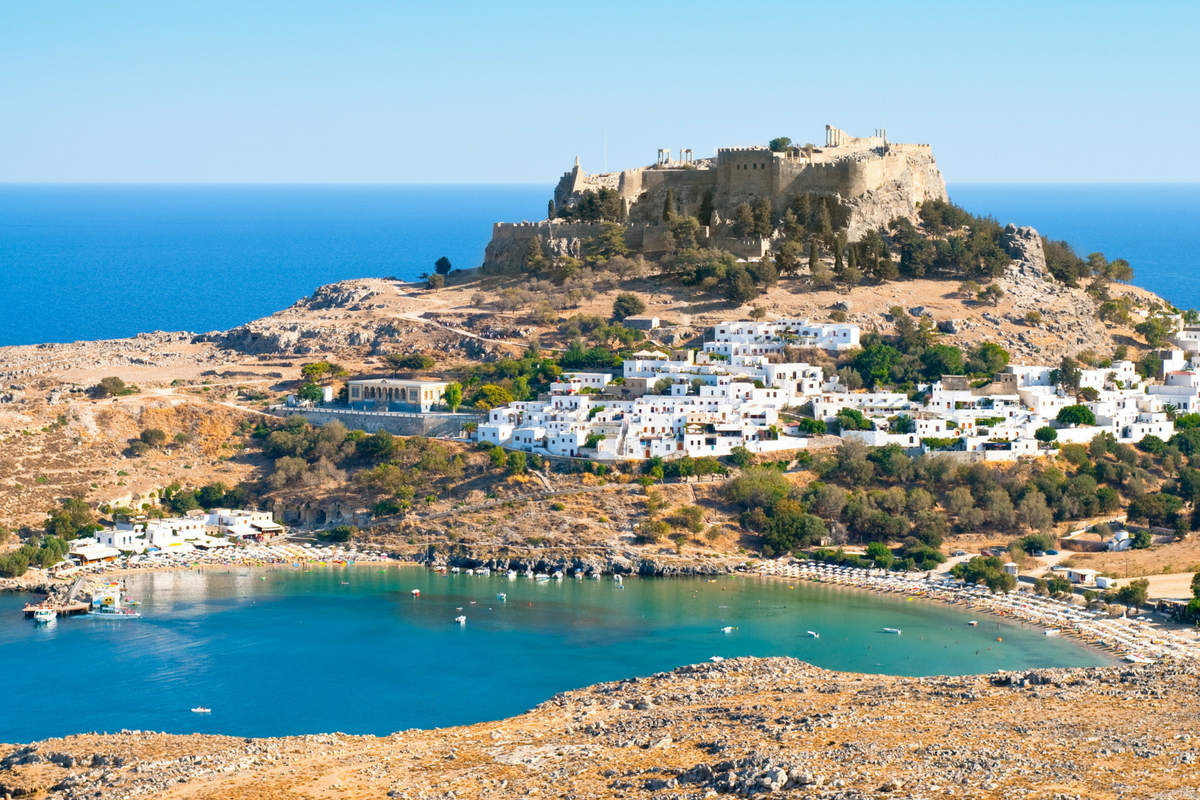 Whichever island you choose you will surely have a wonderful time. It is worth to mention those are barely few of 6000 of them, over 200 of which are inhibited. The combination of gorgeous architecture, crystal clear waters, unique culture and delicious food makes them the ideal destination.

To find the perfect hotel on one of the Greek islands visit bidroom.com!