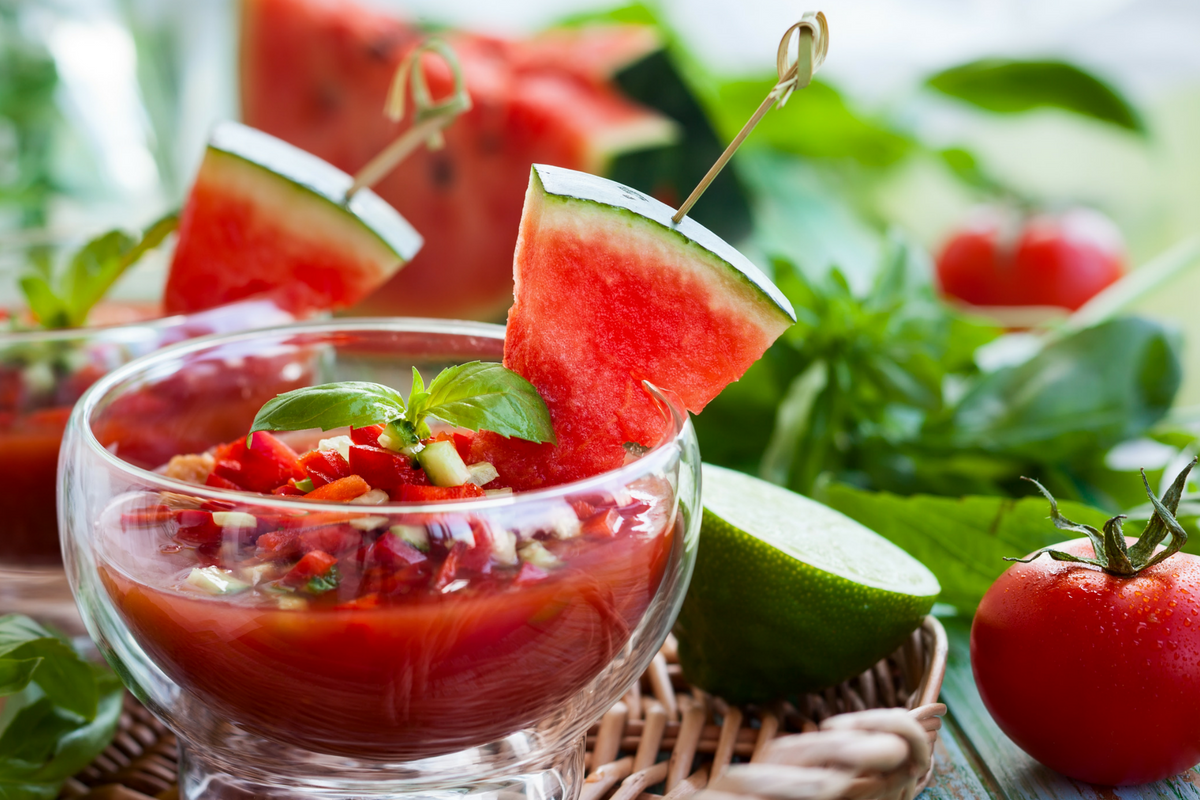 The sun is here to stay, and one thing we all need right now is summer food. We all know this feeling of not wanting to get anywhere near a warm meal. During the warmer months, it is the cold dishes we all desire. But salads can get a little bit boring, can’t they? So, in today’s post, I will talk about some of the best cold dishes from around the World!

Since our company’s office is in Poland, I had to include a meal from here as well! Chłodnik (which could be loosely translated to “the cold one”) is essentially a cold soup. It can be made with either fruits or vegetables. There are many different versions of it all around the World (I will, in fact, describe one in a second). In Poland, the most traditional cold soup is the sorrel soup. The name is very self-explanatory. This green soup has a very interesting, slightly sour flavour. It can be served cold or hot, but it is the cold version that is popular in the summer. Polish people like to experiment with their cold soups, making them with many other vegetables, preferably cucumber, or fruits like watermelon and berries.

A classic Spanish dish, gazpacho, simply had to make its way onto our list. This is a yet another variation of the cold soup. Gazpacho is an extremely popular summer food. It consists of blended vegetables. Sounds too simple to be good? That couldn’t be more wrong. Tomatoes, bell peppers, cucumbers, onions, garlic, olive oil… the flavours mix perfectly, creating an ideal blend. You can play with the ingredients, adding chilli peppers to make it more spicy or stale bread to make it denser.

Last cold soup, I promise! But Vichyssoise simply had to be on this list. It has a similar consistency to Gazpacho. It is very creamy. Among its ingredients, there are potatoes, leeks, onions and cream. Why the question mark by the name of the country in the subtitle? Well, there is an ongoing debate around whether it is a French or American invention. I guess we will never know for sure, but since the name is very French I am placing it there on the map.

Since the first three dishes are green, white and red, making it a culinary version of the Italian flag, why not move to Italy? And the most popular cold food from this gorgeous country is the carpaccio. This time we actually know its inventor. It was first prepared by Giuseppe Cipriani, a chef from Venice. Its traditional version consists of very thinly sliced raw meat, usually served with some type of cheese, capers and rocket.

There are even vegan versions of carpaccio made with very thin slices of vegetables such as the tomatoes.

While carpaccio may not satisfy your cravings, it is the perfect summer appetizer.

I think that one dish that may not seem very summery but should make it onto this list is sushi. While the Japanese do not consider it a Summer food, it can be ideal for the hot weather. Since it is served cold, it is much easier to eat during the warmer months. It is also full of proteins and will surely keep you full.

Similarly to Vichyssoise, it is not easy to tell where does ceviche come from. However, since it is a national dish of Peru, I will describe it as a Peruvian summer food. The main ingredient of this flavourful dish is fresh fish. It is cut into small pieces and cured in citrus juice. Limes are the most popular citrus to use in the making of ceviche, but lemons would also be fine. Later, spices such as chilli peppers or aji are added to the dish. Top it off you can use fresh cilantro, onions or other vegetables. It will surely satisfy your cravings without making you die of heat.

While a steak is not the best food for the hot weather, the steak tartare most definitely is. It is most popular in Eastern Europe, but since the first mentions of it come from Ukraine, that is the country I chose as its creator. Steak tartare is essentially ground raw beef. Served with onions, pickles, mushrooms and sometimes even raw egg yolk it is a great appetizer. If you are brave enough of course 😉

Ice Cream – All Around the World

If everything else fails, you can always turn to the ultimate summer food – ice cream. I can’t, however, pinpoint one country it comes from. Ice cream, or its early versions, were popular in various ancient civilizations. The Greeks, Romans, Persians and Chinese all had their own early ice cream. They were at first ice mixed with fruits, syrups or honey. In ancient China, it was milk with rice and syrup.

Today, it is hard to imagine Summer without it. You can try many versions, from traditional Italian gelato, through Indian Kulfi, to sorbets and frozen custard. Whichever type you choose, it guarantees to lift up your spirits, even in a scorching heat!

If you decide to try some of the summer food, make sure to visit www.bidroom.com to find the perfect accommodation to go with your perfect snacks!