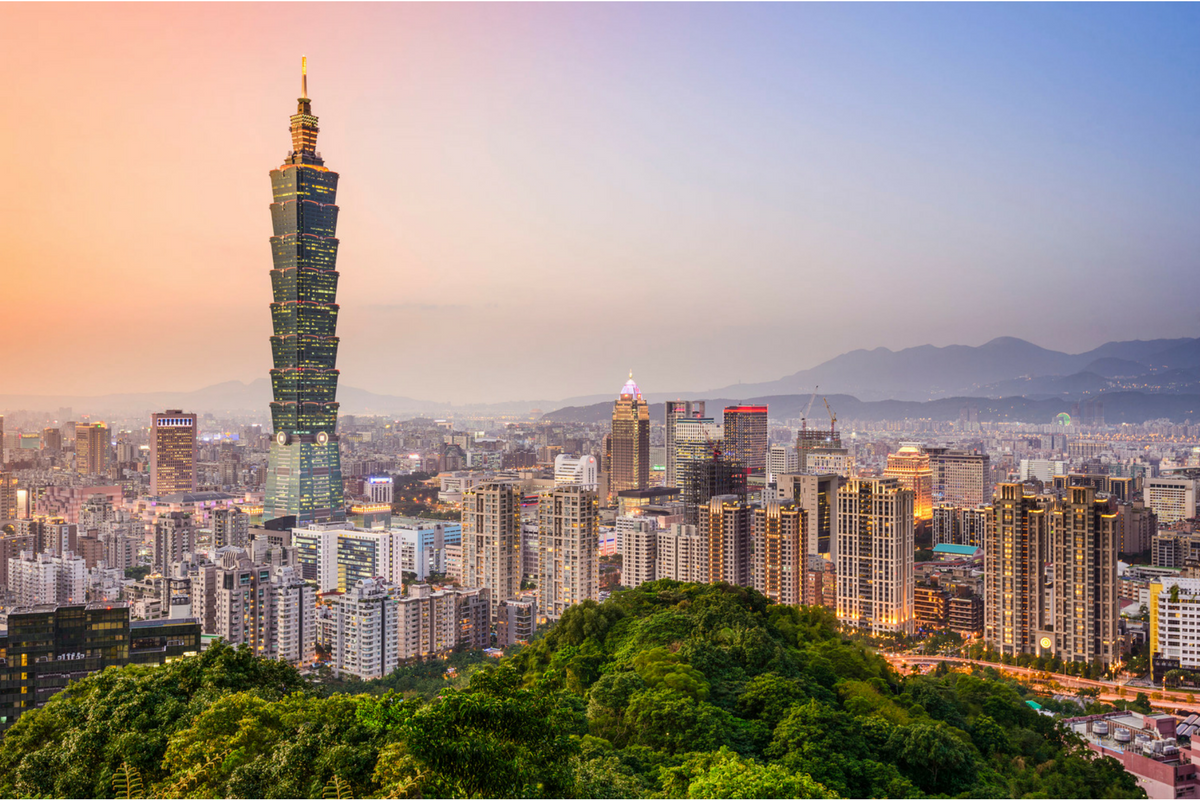 In 1697 Taiwan’s pioneering explorer from the mainland China, Yu Yonghe, described it as an inaccessible, unvisited and barbaric land. Funnily enough, in the 16th century, the Portuguese called it “Ilha Formosa”, the Beautiful Island. So what is the truth about this fascinating land? Today we will try to find out.

The Republic of China

After 1949, when Mao Zedong took over the country, that is where the resistance moved to. Unfortunately, it did not avoid the dictatorship. Chiang Kai-shek implemented it there, prohibiting all types of opposition. Taiwan went through a lot, including martial law. It did, however, avoid the Cultural Revolution, that tried to discard centuries of the Chinese tradition. Meant to reinforce the communist ideology it destroyed many elements of the mainland society. All that created many significant differences between Taiwan and the People’s Republic of China that can be still seen today.

Nowadays there is no open war between the mainland China and the Republic of China. They focus mostly on the economic aspect of their relationship. They put their differences aside and focus on what they can gain from each other. But the situation is not free from conflicts. China introduced a law that forbids Taiwan from declaring independence under the threat of using violence.

Generally though the situation, while tense, it is far from war. But the differences exist and are impossible to overlook. The Taiwanese never miss an opportunity to state, that they are not Chinese. They showcase the differences whenever they can, even though they are clear to see without their help. Mainland China remains, well, Chinese. And while Taiwanese people do consider themselves ethnically Chinese (politically and socially not so much though), the foreign influences, especially from other Asian countries are very strong and very visible on the island. Noticing these differences is a great way to better understand the Taiwanese culture.

It all starts with the language. While generally, people there speak Mandarin, there are many visible (and audible) differences between the mainland and the Taiwanese Chinese. Most importantly, they use different characters. While China introduced the simplified characters in the 1950s to reduce the level of illiteracy in the country, Taiwan sticks to the old, “complicated” characters.

Taiwan also has many words unseen in China and dialects that are not used on the mainland. Taiwanese also pronounce many words differently and often use different sounds. Another difference is the existence of aboriginal languages all around the island. So while generally speaking Taiwanese use Mandarin, it is not exactly the same as in China, especially in its written form.

Taiwan is generally considered more open than China. It may not be recognised as a country by most nations, but it is a sovereign land with a lot more freedoms than the People’s Republic. That also means letting more influences in on daily basis. Especially Japanese and South Korean cultures are very vivid here. From music, through clothes, to food, it is clear that Taiwan is different to China. While Chinese culture lives on, other, not only Asian but also European are almost equally important.

Taiwanese are the true food lovers, so it deserves a separate section. The food culture is an indispensable part of the lives of the Taiwanese. Even when greeting each other, they often use “Have you eaten?” instead of the traditional “How are you?”. It is not that surprising though. Food in Taiwan is truly delicious. Fresh seafood and fruits lay at every corner, with strong influences of other Asian countries visible at almost every stand. The disadvantage of this is that it is harder to find traditional Chinese cuisine. On the other hand, it’s easier to find diversity here than in mainland China.

And what the thing Taiwanese do perfectly is street food. Many consider it to be the best in the world, and for a good reason. It is very rich, very diverse, and simply tasty. No wonder night markets are a meeting place for Taiwanese people of all ages.

The Heart of the Country

Undoubtedly the heart of the country, both financially and culturally is its capital, Taipei. One of the most densely populated cities on Earth is a mixture of people, motorbikes, market stands, and all sorts of sounds and scents.

It is the go-to place for some of the best food in Asia, but also, surprisingly the great spot for learning more about the Chinese culture. The National Museum in Taipei has an enormous collection of Chinese artefacts and many treasures that were brought to the island to save them from the communists. So while it is a very diverse city, it has strong connections to the mainland.

Taipei is famous as the tech city. Many companies have their offices in Taipei, and it is the Mecca of the small electronic businesses. It is a very complex place, so densely populated that sometimes it can be difficult to move around it. That’s why the motorcycles have become so popular here. More than a half of all the vehicles in Taipei are motorbikes. While sometimes they can be annoying, on other occasions they turn out to be very convenient.

But Taipei is not also the business centre of the country. It is the perfect place if you want to get to know the history of Taiwan. With many wonderful museums, such as the National Palace Museum, the National Taiwan Museum, the Shung Ye Museum of Formosan Aborigines, it is the go-to city to learn more about this interesting land.

The capital is also full of beautiful Buddhist and Taoist temples, such as the most popular of them all, the Longshan Temple. If you’re interested in seeing as many of them as possible, visit the Xinsheng South Road. It is known as the “Road to Heaven” and full of temples, shrines, and mosques.

Taipei is also a home to the former world’s tallest building. Currently, the record belongs to the impressive Burj Khalifa. But until 2009, it was Taipei 101 that held the number one spot. This 101-floor building (hence the name) may not be the overall tallest building anymore, but it is the tallest “green building”. Its water recycling system provides around a quarter of the building’s water consumption. It is located in a very busy area of the city, with many hotels and bars all around it. That makes its neighbourhood great to wander around.

Taiwan is a very complex land. It is a mix of cultures very different from one another, that somehow blend into something so interesting and beautiful. Definitely worth visiting.