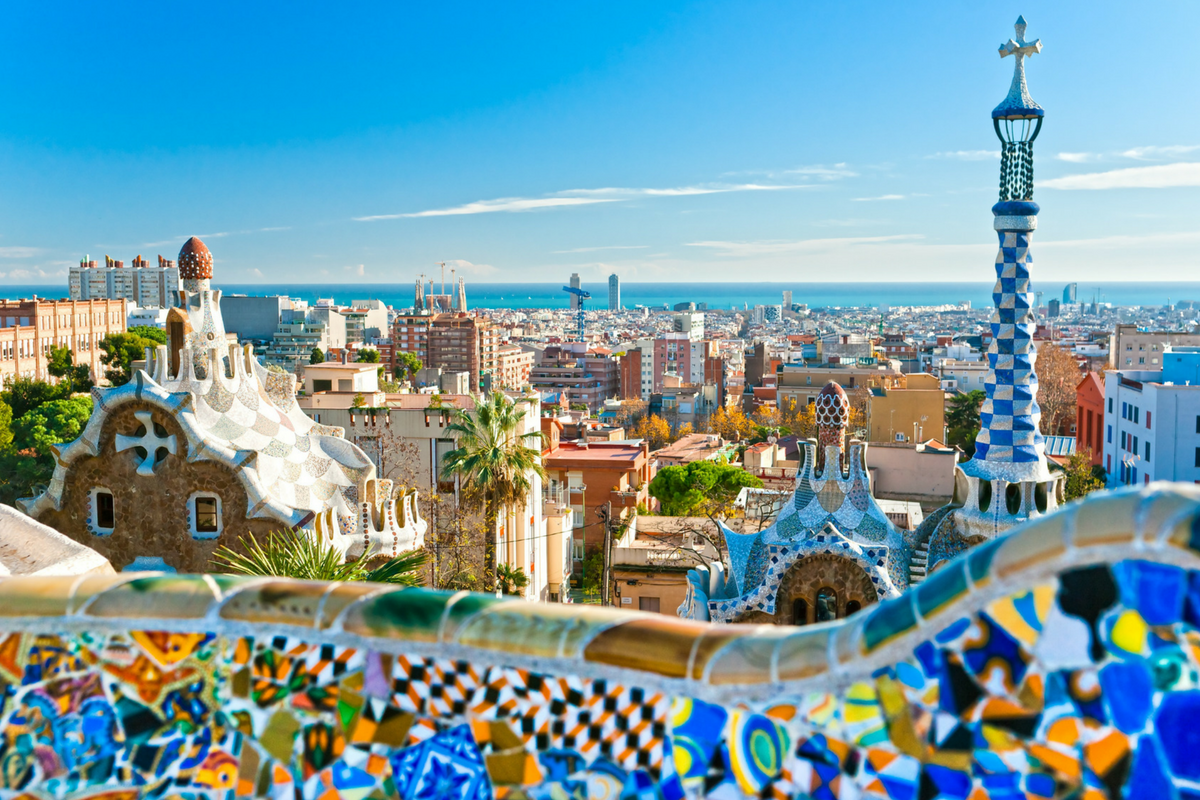 Catalonia is one of the most beautiful regions of the Iberian Peninsula. So beautiful, in fact, that many of its sites are a part of the UNESCO World Heritage List. Today, I will take you on a little tour around those gorgeous places and, hopefully, convince you to visit this gorgeous part of the World.

In the city of Tarragona lies one of the most beautiful sites of Spain. The Archaeological Ensemble of Tárraco was, in fact, the oldest Roman settlement on the Iberian Peninsula. It consists of many elements. One of the best-known buildings of the ensemble is the Tarragona Amphitheatre. Built in the 2nd century, it lies close to the provincial forum of Tárraco from the times of Emperor Vespasian.

Another similar structure is the Roman theatre of Tárraco. While most of it a ruin, some parts remain. Among the remaining structures are the most important parts of the theatre – the orchestra, scaena and cavea.

Apart from them, the ensemble consists of the famous Wall of Tarragona, the Ferreres Aqueduct, Torre dels Escipions and the Roman Quarry of El Mèdol. On top of all that, there is The Arc de Berà, a triumphal arch 20 km from the city.

All these buildings together are quite a treat for the history and architecture lovers.

Of course, it is nearly impossible to talk about the most impressive places in Catalonia without mentioning the works of Gaudí. He was, after all, one of the most famous architects to ever live, and a representative of Catalan Modernism. His style is truly one-of-a-kind. Not only are the shapes of his buildings very unique. His staple was the use of ceramics, stained glass and carpentry in his works.

His most famous work is The Basílica I Temple Expiatori de la Sagrada Família. This unfinished church in Barcelona combines gothic and art nouveau styles. Built between 1886 and 1888 it lies in the El Raval neighbourhood and is one of the most important buildings not only of its region but the entire country.

However, Sagrada Familia is not the only one of his works worth seeing. Gaudí’s talent can be seen in more of his sites. One of them is The Park Güell. This park system consists of architectonic elements that together with gardens create the perfect blend. It lies on the Carmel Hill and is one of the most popular places in Barcelona. Thanks to both the Gaudí’s style and the trees and flowers that grow inside it is truly a colourful masterpiece.

Among other Gaudí’s buildings are the Güell Pavilions – a complex of buildings in Pedralbes as well as Casa Vicens.

The Royal Abbey of Santa Maria de Poblet lies at the foot of the Prades Mountains. Built by Cistercian monks it was the first of three monasteries, known as the Cistercian triangle. The Abbey is also one of the largest Cistercian abbeys in the world.

Built between the 12th to 15th centuries it is a beautiful building, important for its architectural values as well as for being a royal residence and a pantheon of the kings and queens of Catalonia and Aragon.

The Monastery consists of three enclosures, as well as a defensive wall. The first outer enclosure includes buildings from the 16th century. Among them are storehouses, workshops, housings and a Gothic chapel of Sant Jordi. Behind the Golden Door is the second enclosure. There you can find the Plaça Major, the chapel of Santa Caterina and the treasury. The third enclosure consists of a church, cloister and monastic rooms.

Poblet Monastery is very important due to its historical and artistic value. Not only its architectonic style is very impressive, but it also holds many pieces of art from past centuries.

The Vall de Boí or Boí Valley, is a narrow valley and a small municipality in Catalonia, by the Pyrenees. It is best known for the nine Romanesque churches that lie there. This number makes it the area of the densest concentration of Romanesque architecture in Europe. It also includes the highest ski resort in these mountains.

The valley is the perfect blend of beautiful architecture and stunning nature. Its proximity to the Pyrenees make it truly a spectacular view. While discovering the churches, you can also have a glimpse at the lives of the people who live there, as they lie within villages and towns of the valley. Their architecture is simple yet impressive, with tall bell towers and gorgeous decorations.

It is possibly one of the best destinations for the perfect hike.

When looking for the most beautiful cities in Spain, you will surely hear about Salamanca. This ancient university town was an important settlement long before it became an actual city in the 1100s.

Inside of it lies one of the oldest universities in Europe. It dates all the way back to the 12th century. Its importance is often compared to this of Cambridge and Oxford.  But Salamanca has so much more to offer than just that. It has been recognized by UNESCO due to its importance, both in terms of history and art. The city’s historic centre is a home of many important monuments of Romanesque, Gothic, Moorish, Renaissance and Baroque styles.

Among the most important buildings of Salamanca ae the Old Cathedral, the Salina and the Monterrey Palaces and the famous Plaza Mayor.

Rock Art of the Mediterranean Basin on the Iberian Peninsula

Lastly, among the Catalonian UNESCO World Heritage sites is the Rock art of the Iberian Mediterranean Basin. They can be found in eastern Spain. They are the rock art from as far back as the Upper Paleolithic and Mesolithic periods of the Stone Age.

The art consists of small paintings. Most of them depict humans and animals. Since they have been found in so many places it is undeniably the largest concentration of art from that period of time in Europe.

Their area does not consist only of Catalonia, but while I cannot overlook it when describing this beautiful region.

The art is found in rock shelters and shallow caves. Thanks to its shadowy surroundings, they could not be easily destroyed by the sunlight. The state of the majority of the paintings is far from perfect, but they are still an impressive depiction of the life of those times. The exact dating is almost impossible due to lack of other traces of inhibition around the art. They are still, however, truly important signs of what human life looked like thousands of years ago.

Catalonia is a wonderful land. If you have never been there, make sure to put in on your bucket list. And if you have? Visit it again! I assure you there is still plenty to see there!

When in Catalonia you can stay in one of the amazing hotels H·TOP Hotels or the beautiful Hotel Pestana Arena Barcelona.

And remember, that with Bidroom you can save on your every trip!