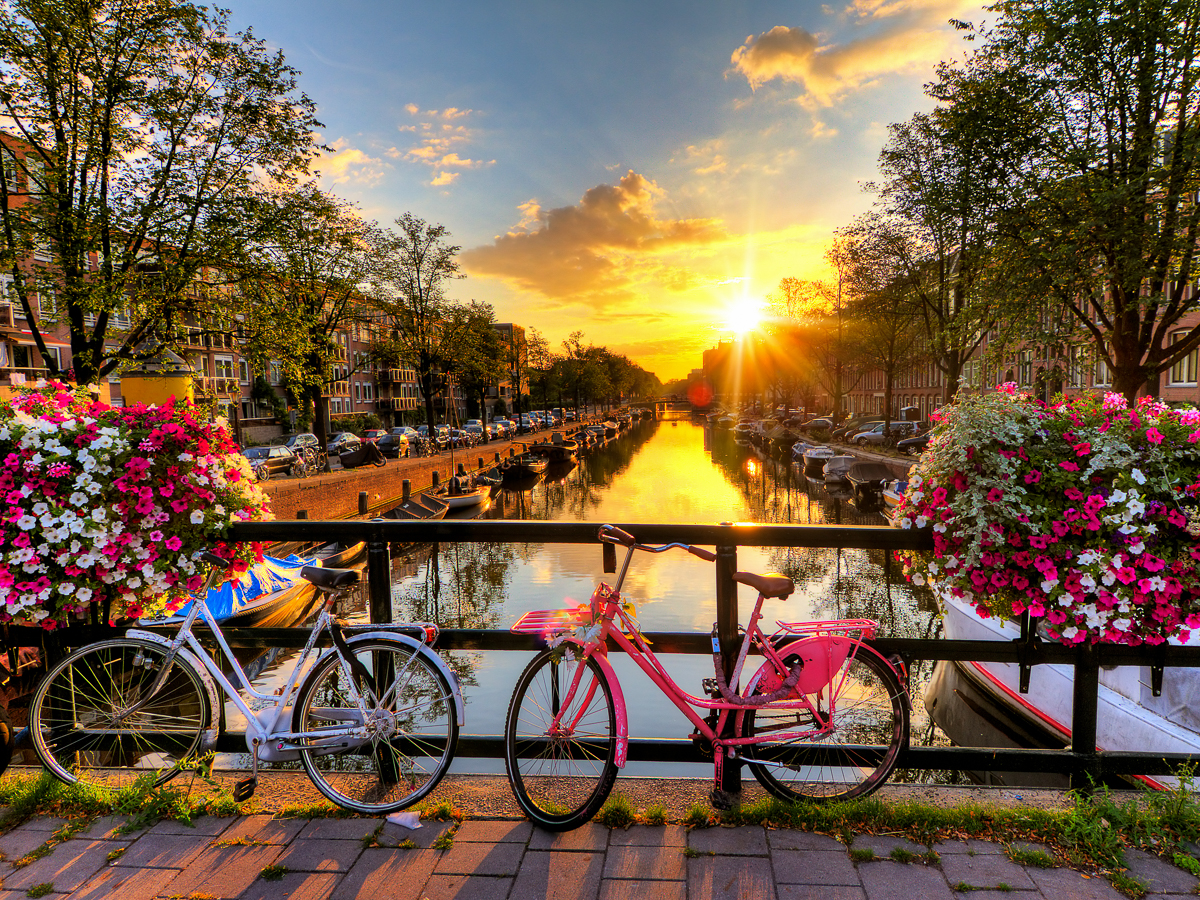 Up for a biking holiday. You’re in luck. Just last month, the Global Bicycle Cities Index compiled its 2022 list for cities with the best cycling climate, and these nine European cities and one in China made the top ten of the 90-city list.

Each city was evaluated by several criteria, including weather with a high number of bikeable days, percentage of bicycle usage, crime and safety statistics including accidents and theft, infrastructure for cyclists, number of bicycle shops and shares and citywide events like “no car” days. Click the links embedded in the city names for things to do and see on a bike, bike tours and bike rentals for each city. And enjoy Car-Free day Thursday, 22 September! Bidroom has hotels in all these cities. So, book your stay now!

The world’s most bikeable city in 2022, welcomes more than 125,000 bicyclers daily into its city centre. Utrecht is a city of 345,000 people, with more than half of its population using a bicycle in everyday life. The city has 420 km of specialised bike lanes and parking facilities, giving cyclists the upper hand over cars. Cars make up less than 15 per cent of trips into the city centre with 60 per cent happening by bike. The city also scored high for weather, having more bikeable days per annum.

Book your stay now in Utrecht.

The city of Munster has been voted “Germany’s most bicycle-friendly city.” More than 1/3 of the 300,000 population use bikes daily to get to work, school or other events. The “Promenade” – Europe’s only cycle ring road – runs around the city centre, where cyclists can reach any point in the city. It is the home to over half a million bicycles, meaning many citizens own more than one bike. Cyclists have access to an extremely well-developed 450 km network of cycle paths, with 255 km of cycle paths off the main roads on access routes. Munster’s cycling infrastructure includes a selection of bicycle parks, rental points and a dense dealer network.

Book your stay now in Monster.

This Belgian port city placed 3rd for its bike-sharing system and “car-free Sunday” events, making it indisputably friendly to cyclists. Cycling accounts for 30% of all trips due to Antwerp’s very efficient bike rental service, with nearly 300 stations and 500 km of dedicated bike paths. Antwerp has an excellent bike share system that has won favour with citizens with its strategic placement of stations and saturation throughout the city.

Book your stay now in Antwerp.

Nearly 50 per cent of Copenhageners commute to work or school on a bike. Biking is part of Danish culture. Thanks to a low theft rate and the city’s “no car day” events, Copenhagen is also a very safe city in which to bike. The city continues to invest in cycling infrastructure with 350 km of dedicated bike paths, which most residents use all year round. Copenhageners cycle an estimated 1.44 million kilometres daily. Forty-nine per cent of all trips to work or school in Copenhagen are by bike, up from 35 per cent just ten years ago.

Book your stay now in Copenhagen.

Amsterdam is perfectly set up for getting on your bike and touring the city, with around 515 km of dedicated cycle lanes. Cyclists rule in Amsterdam, and great pains have been taken to accommodate them. The city has an elaborate network of cycle paths and roads. Bikes account for 36% of all traffic movements in Amsterdam. The city also boasts “car-free” Sundays, bicycle parking facilities and an underground bicycle parking garage with 7,000 spaces to open in 2023.

Book your stay now in Amsterdam.

With 515 km of extensive network bike paths, cycling in Malmö is fun and easy! Malmö cyclists approach cycling in a carefree manner. So, take in the scenery and the relaxed vibe of this laid-back southern Swedish city. You can rent a bike at several places in the city, where you will be provided with maps and route planning. In addition, many hotels also offer bike rentals or download one of several bicycle apps. The city really does make getting around by bike a breeze.

Book your stay now in Malmo.

Hangzhou has the most bike shares of any other city that made the list. With 7 million people, they need the nearly 70,000-bike share system. Hangzhou’s 2,700 bike-share stations are spaced less than a thousand feet from each other in the city centre, and on an average day, riders make 240,000 trips using the system.

Book your stay now in Hangzhou.

Located in the heart of the Alps, Bern is definitely a biking mecca where cyclists can rent e-bikes, road bikes and mountain bikes. The Swiss capital ranks the highest on clean air, number of bike share stations, and number of bike share bicycles available. Bern has also invested a lot in quality cycling infrastructure and regularly organises “no car days.” The city also has a very low fatality rate among cyclists.

Book your stay now in Bern.

With flat terrain and 674 km of physically separated cycle tracks, Bremen is another haven for bike lovers. It is also the first German city to create an entire “bicycle zone” in its Neustadt district, where bikes have priority with a 30-mile speed limit and side-by-side cycling is allowed. It includes 12 streets and roughly 2.5 kilometres of road space. Overall, Bremen has a great biking culture with cycle stations, bike parking and bike and ride and bike share programs throughout the city.

Book your stay now in Bremen.

The city of Hannover made it into the top ten with its quality of biking infrastructure and events promoting cycling, including “no car days.” The city has plenty of green space to enjoy by bike as well as an 800-km culture route. Along the route, you’ll find the Royal Gardens of Herrenhausen, Celle Castle, Loccum Abbey and UNESCO World Heritage Sites in Hildesheim and Alfeld. There are also excellent train links for the option of one-day loops by bike and train.

Book your stay now in Hannover.