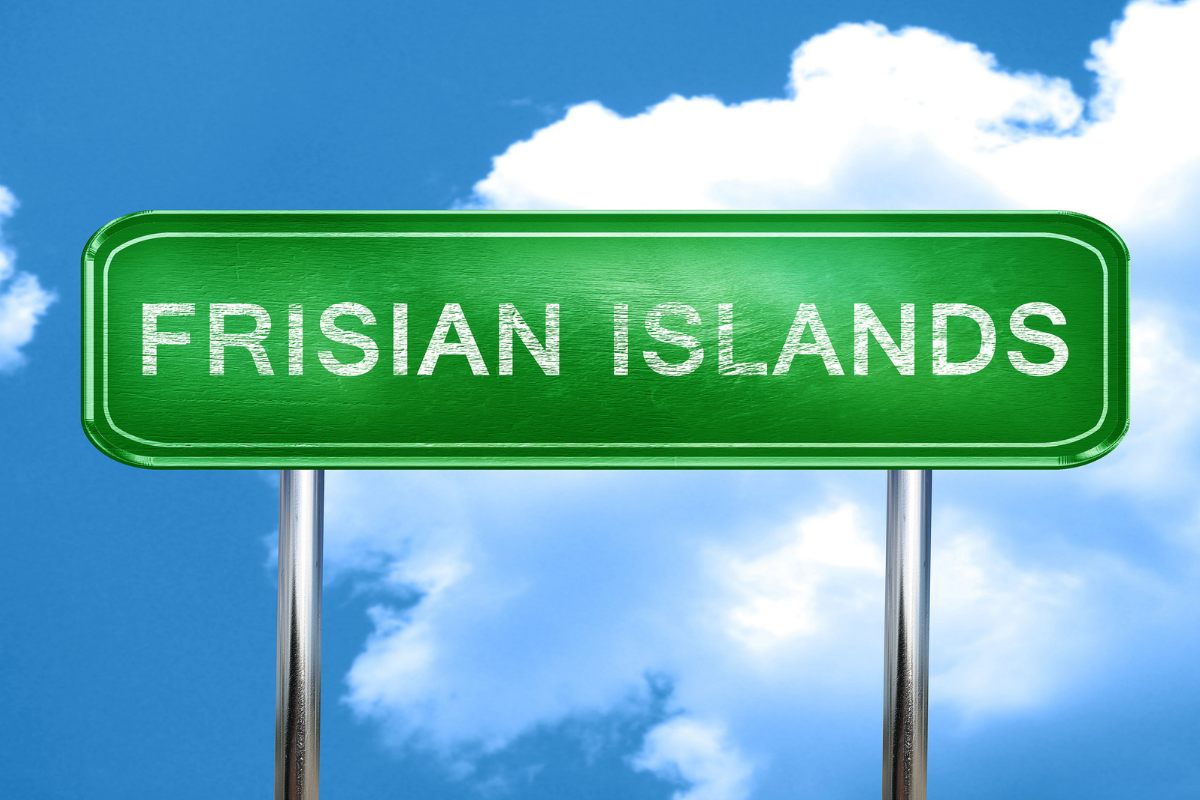 The Little Known Wadden Islands of The Netherlands

When you think about a Dutch Island, the first thing that comes to most peoples mind is crystal blue sea and white or golden sands and palm trees of the Dutch Caribbean. But there are Islands that exist that are just as good to visit and offer their own slice of uniqueness. Welcome to the Wadden Islands, the hidden gems of the Netherlands.

There are eight Islands in total in the Dutch Wadden Sea, known as the Wadden Islands or the Frisian Islands to some. Five of them are inhabited with Texel being the biggest amoung them. All the Islands with the exception of one (Texel) belong to the province of Frisia, Texel belongs to Northen Holland. 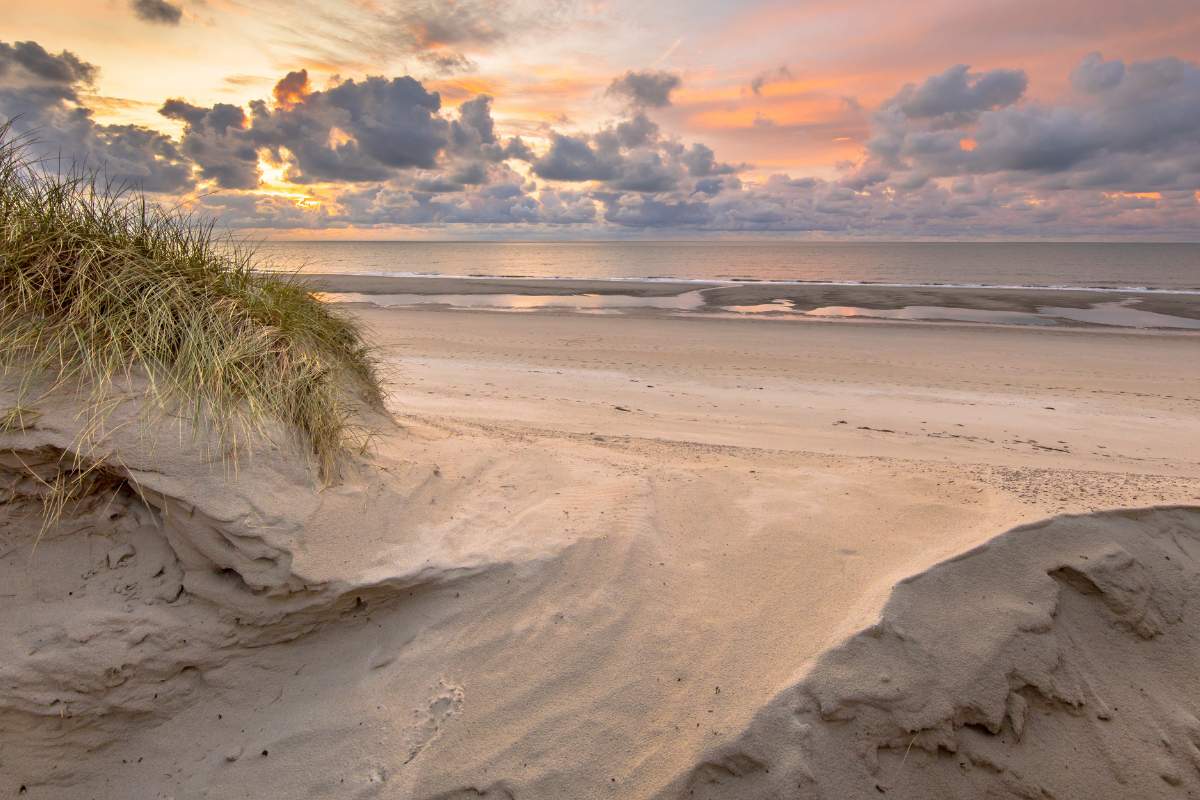 Due to the immense tide difference, it is possible during the Ebb to walk from one Island to the other. This is known as Mudflat hiking. There are guided tours available for those that are ready to brave the tides. It is possible to walk to the mainland too, but be quick, otherwise, you might find yourself washed ashore first.

Populated for at least a thousand years, the remote islands have frequently fallen victim to the whims of nature as the sea washed towns off the map and shifting sands altered the terrain. Challenging as it was to live off the land, inhabitants turned to fishing and whaling for their livelihoods. Since WWII, tourism has been the mainstay and that means you. 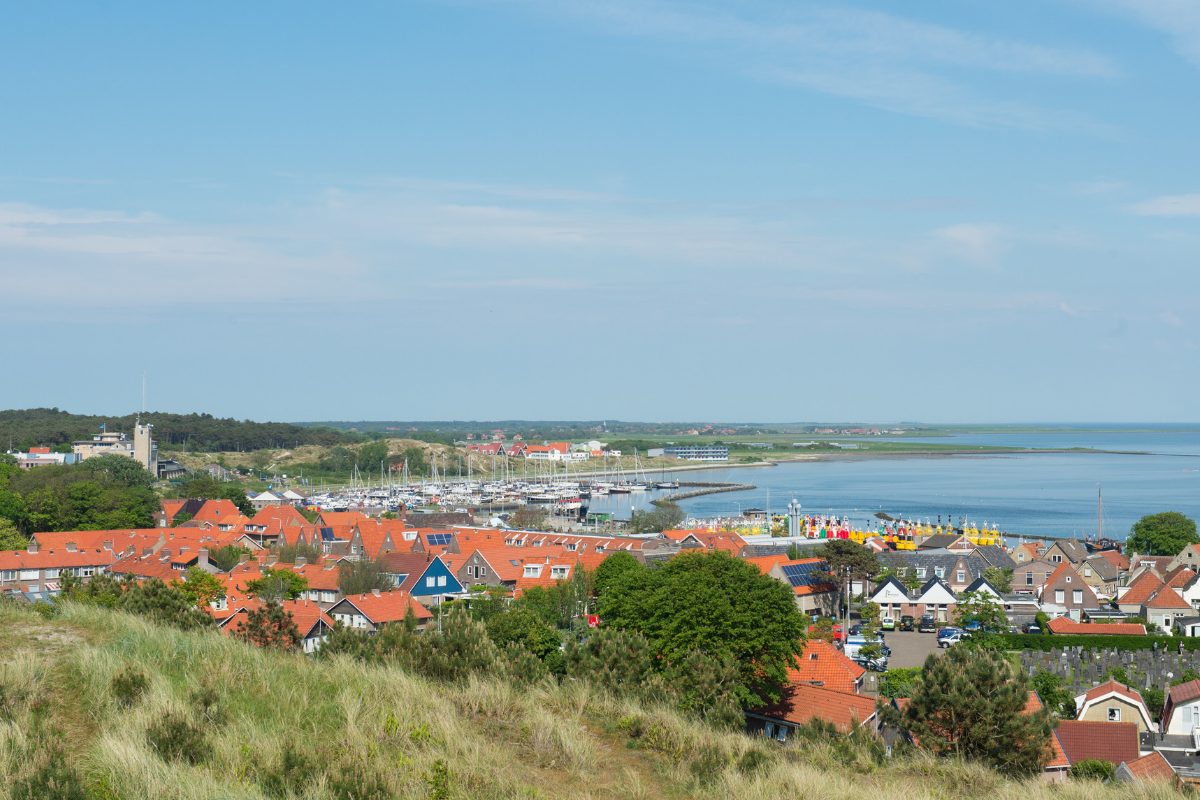 Terschelling is the largest of the Frisian Islands; it’s also the most developed and most visited. A string of villages line up between polder and dunes along its 30km expanse. West-Terschelling, with the ferry port at the island’s west end, and neighbouring Midsland are the largest villages, peppered with souvenir shops, cafes and restaurants. The eastern end of the island is a wild and isolated place. Overall, there are 250km of walking and cycling trails. 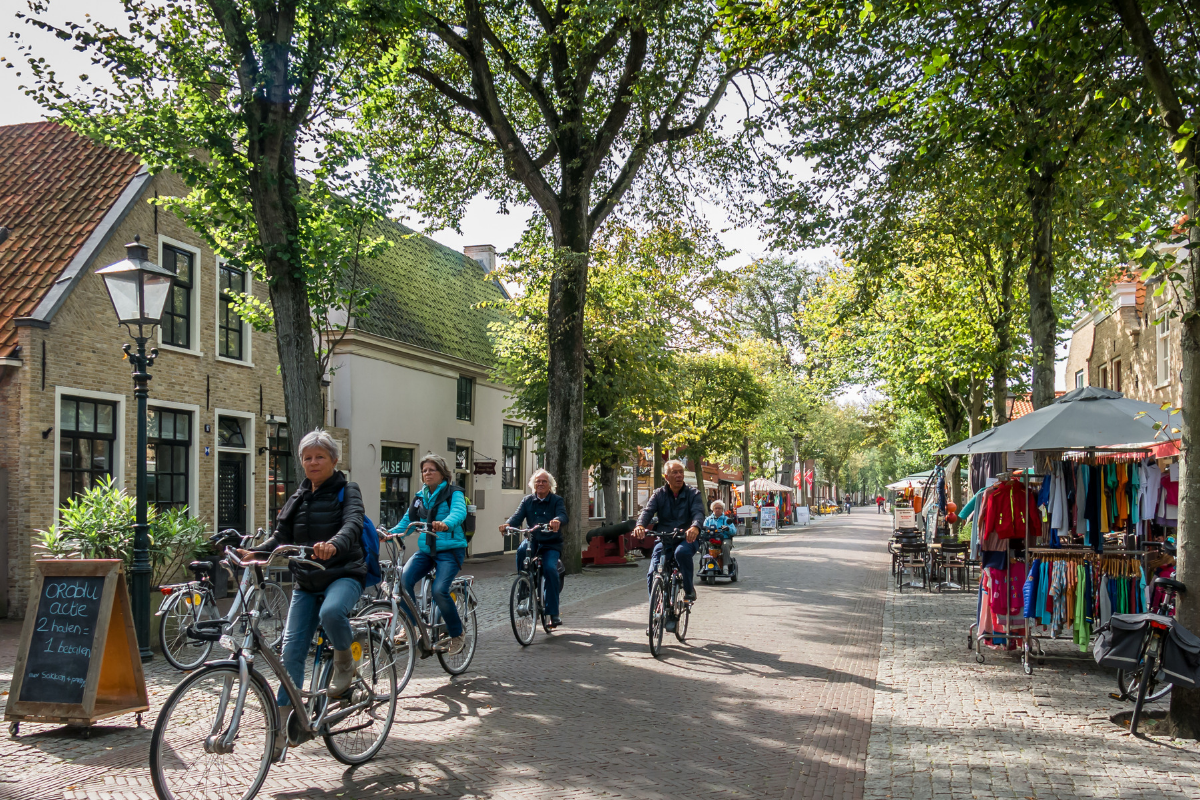 Historically the most isolated of the islands, and the least-visited, Vlieland is a windswept and wild place, but this is part of its charm. The ferry arrives at the sole town, Oost Vlieland, at the east end of the island and ringed by forest. It’s where you’ll find all hotels, restaurants and services. The west end of the island is a sandy wasteland at the mercy of the sea, parts of which are used by the military. 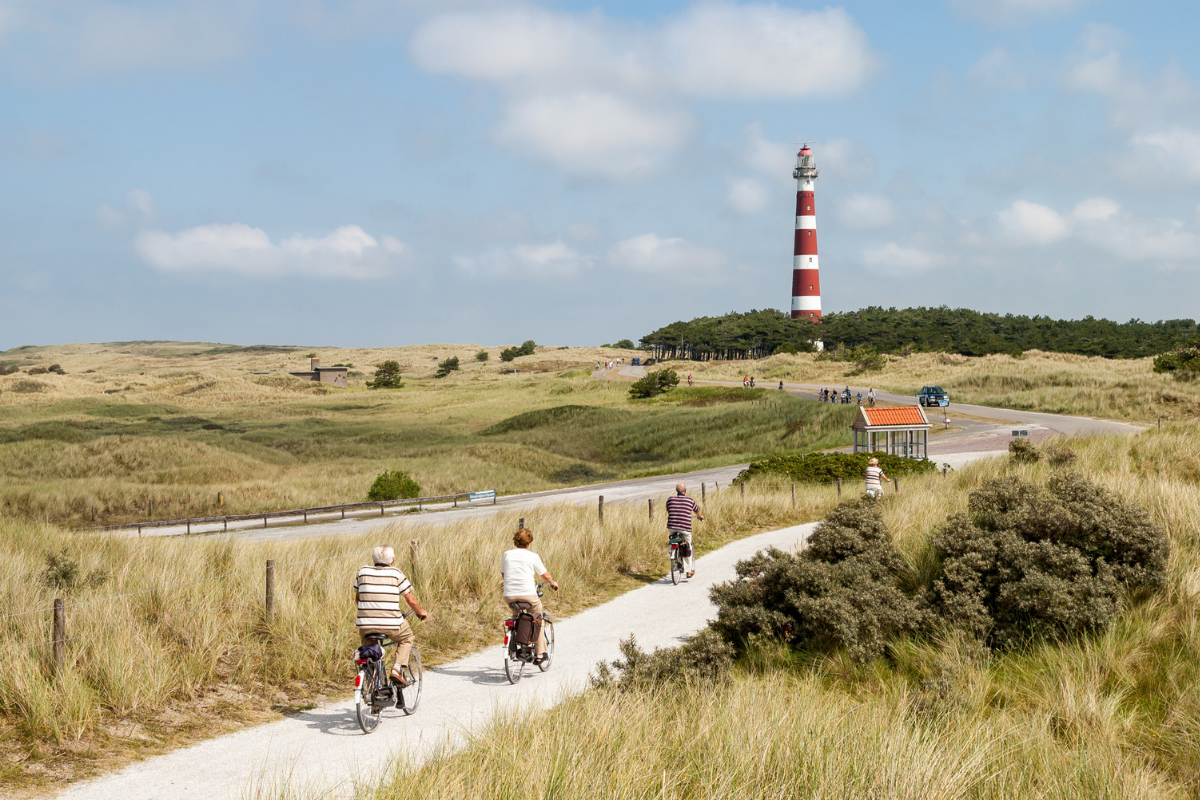 Of the Frisian Island quartet, Ameland strikes the best balance. Its four peaceful villages – Buren, Nes, Ballum and Hollum – are less developed than those on Terschelling, but they provide enough social structure for most visitors. Although Mother Nature doesn’t rule the roost as on Schiermonnikoog or Vlieland, it still retains generous swaths of untouched natural splendour. All in all, Ameland is an idyll that’s just right.

The smallest and most serene of the Frisian Islands, Schiermonnikoog is the place to get away from it all. The feeling of sheer isolation as you explore its modest 16km length, 4km width and 18km of beaches can be intoxicating – but then, the entire island bar its only town is protected as a national park. Its name means ‘grey monk island’, a reference to the 15th-century clerics who once lived here. 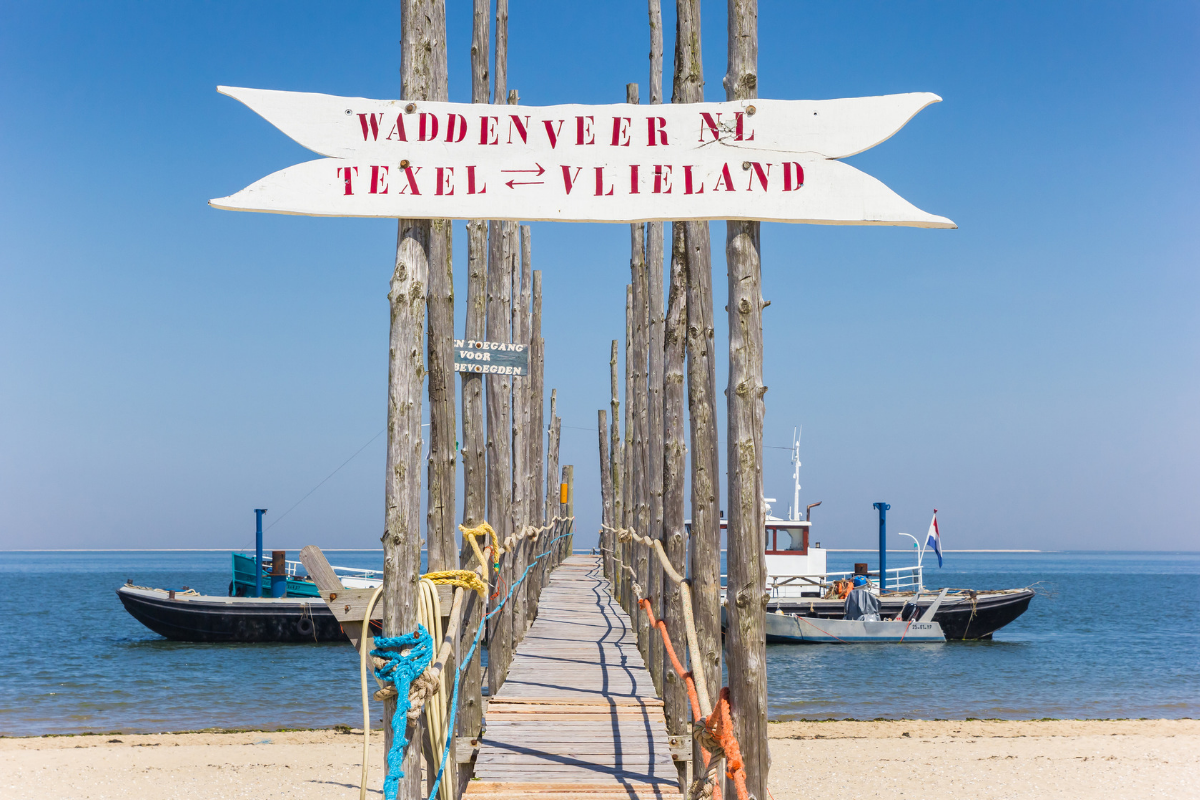 Texel (Officially not one of the Frisian Islands)

Sweeping white-sand beaches, wildlife-rich nature reserves, sun-dappled forests and quaint villages are among the highlights of Texel (pronounced tes-sel), the largest and most visited of the Wadden Islands.

About 3km north of North Holland’s coast, Texel is 25km long and 9km wide. Its typically flat Dutch landscape makes it idyllic for cycling. Sheep are everywhere across the island; the local wool is highly prized and there are numerous dairies producing cheese. During lambing season around Easter, you’ll see bouncy lambs all over the island; locals enjoy taking a Lammetjes Wandeltrocht (walk to look at the lambs).

With enough diversions to keep you entertained for days on end, Texel is popular with Dutch and German visitors but otherwise little known, making it a wonderful place to explore.

For the best hotel deals when visiting the Islands, check out bidroom.com

One thought on “The Little Known Wadden Islands of The Netherlands”