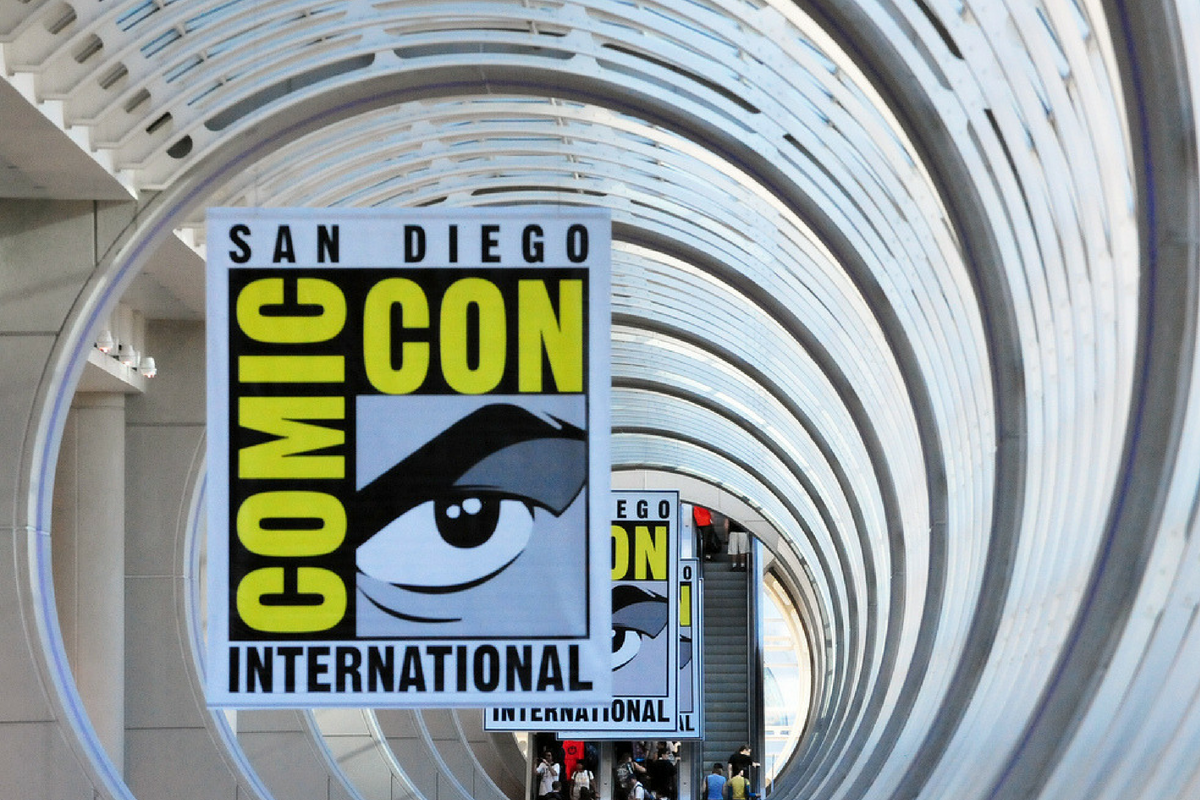 There comes a time each year, when the eyes of the world focus on a single city in USA due to one of the most important events of the pop cultural year. Let the geeky part of you out and hold on to your chairs – it’s San Diego Comic Con!

To keep it short, San Diego Comic Con is a four day event held for the fans of movies, tv and comic books. As you can probably see, you will find it in San Diego, in their convention centre. From Thursday to Sunday, people gather to see the stars of their favorite productions during numerous panels. Whether it is a first season, pre-production stage of the movie or reveal of the first trailers, the panel rooms are almost always full. Fans gather from all around the world to see their idols, hear the first piece of news or simply get to see the cast of the production.

First Comic Con was held in 1970 under the name of Golden State Comic Book Convention in San Diego. It gathered 300 people, but the number of people has grown ever since. Moving from hotels to university hall, then Golden Hall Arena, Comic Con has finally installed itself in San Diego convention centre and has stayed there ever since.

San Diego Comic Con is traditionally a four-day event for people all around the world. The tickets are available for one day or four days as well as the separate ticket for the “Preview Night”. It is the night before the first day of the convention, where the people can go around the convention centre, be the first ones to see the exhibition halls and check out what San Diego Comic Con has in store for that specific edition of the event.
Each day of the convention is filled with the attractions for the guests. Numerous panels, photoshoots, interviews for TV, etc. What do we, the unlucky mundane people, who didn’t go, get from the SDCC? Information. Photos. Trailers. Spoilers. San Diego Comic Con is an event so big, all of the movie and tv producers prepare special materials to share with during their panels. Beside panels, there are also evening events, like Masquerade Contest, award shows, etc. Every person that attends San Diego Comic Con will find a place for themselves.

Why is it so big

The question you may be asking is how is it possible that this one convention, out of so many all around the world, became “THE” convention.

First of all, San Diego Comic Con gathers all of the most important names of the tv, movie and video games industries. Examples? Game of Thrones, Avengers, Wonder Woman, The Hunger Games, Star Wars – all of these franchises appeared on the convention.
This four-day event makes all of the important people to sit down and talk about their work, their products and with their fans. It allows the creators to meet the people who support them. It also brings them closer, allows the first ones to meet the second ones and vice versa.
Another thing is that most often, San Diego Comic Con is a place where all of the tea is spilled. Creators and actors prepare and publicly invite the fans for the event. Many panels include top secret showings of trailers, sneak peeks, etc. which are not even leaked. All of that for showing the appreciation for the hardcore fans, who show up at the convention. Because, if you look at it, without the fans and the supporters, all of the creators wouldn’t be where they are.

All of that caused the interest in San Diego Comic Con grow regularly. People who are passionate about the subjects of tv, movies, comic books and video games began coming to San Diego Comic Con. Also, it is one of the very few yearly events that has been organised for over 45 years. These two aspects made San Diego Comic Con the great popculture celebration it is today.

Being a huge event like San Diego Comic Con comes along with pretty interesting facts.
The first fact is more of a tip for everyone who wants to go to the San Diego Comic Con. Buy your tickets ASAP. Sometimes, all of the tickets disappear within 30 minutes! So, if you decide to go, prepare yourself, because thousands of people all over the world want to go too. The race is real.

Another interesting thing about San Diego Comic Con? The number of people that yearly attend the convention is growing so much that its creators were considering moving it. Where? From San Diego to Las Vegas, Los Angeles or Anaheim.
Since SDCC brings so many people to the convention centre, the whole event tries to match everyone’s expectations. That’s why, during these four days, there is a Masquerade Ball (a costume contest for the attendees), fourth day, targeted at little kids, who arrive with their parents with the activities, festivals and events organised solely for the youngest attendees of the convention. However, that’s not all! SDCC also includes a gala for the Will Eisner Comic Industry Awards, the equivalent of the Oscars for the comic book authors.

Another interesting part of the SDCC? Portfolio Review! If you are an aspiring illustrator, there is a part of the convention centre where famous and experienced people from the industry look through your portfolio and give you some valuable tips.
The last tip we want to give you is to choose carefully the panels you want to see during the event. Why? The number of people is so big that sometimes is hard to see more than one-two panels per day. Attendees wait outside of the panel room for hours, just to make sure they see their favorite creators.

Remember, the San Diego Comic Con is an event like any other. It is the centre of the popcultural year, bringing so many different people together to celebrate. If you are like me, you have always dreamt of attending this amazing event. Let’s hope to see each other there, then!