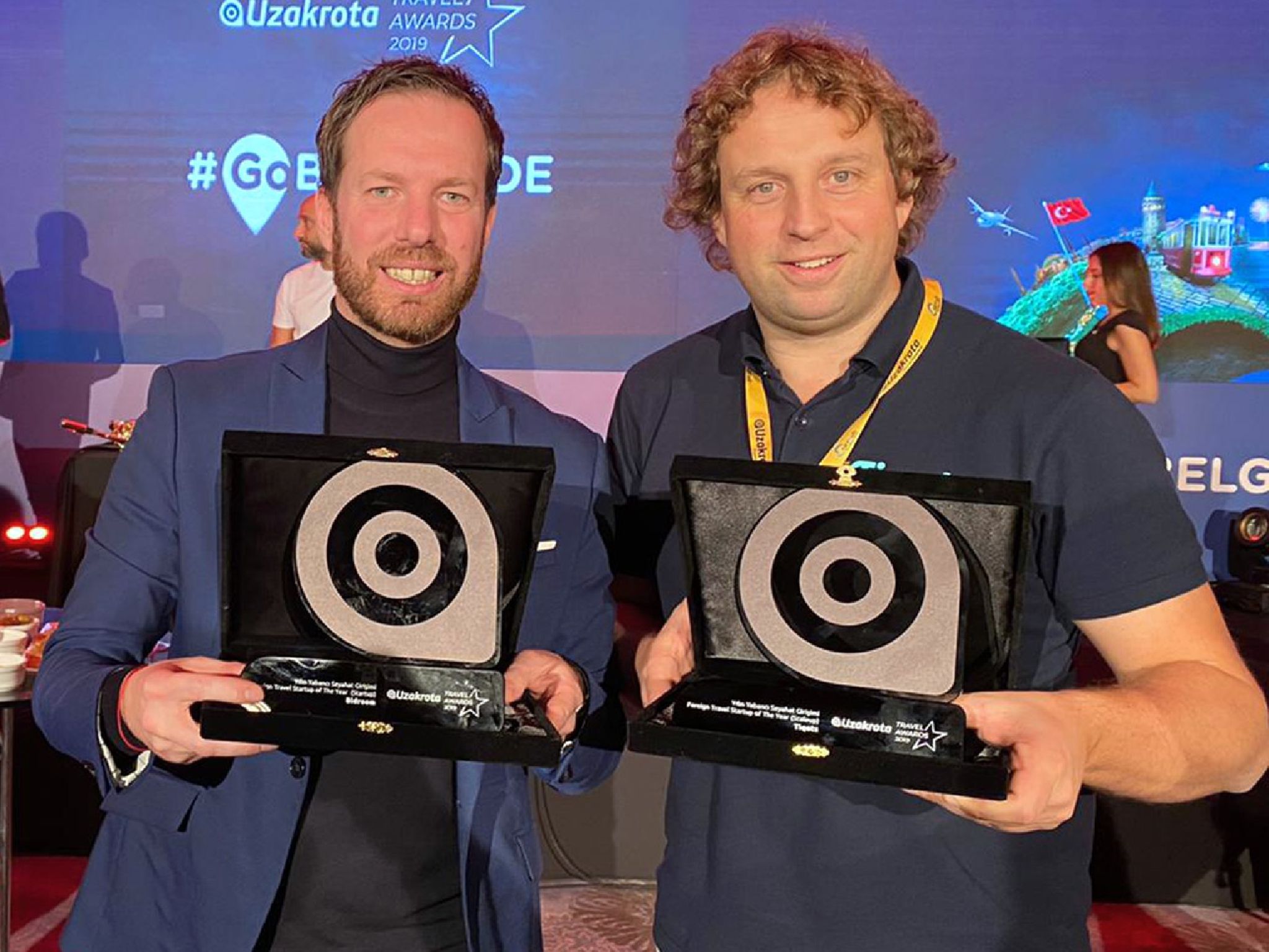 Both winning Dutch companies are also partners that cross-promote each other’s services as they share an audience of frequent travelers who look for guaranteed best hotel prices (Bidroom) and last-minute mobile ticket booking (Tiqets).

Bidroom, which positions itself as a fair-play ‘Robin Hood’ of the online hotel booking industry,  has now won 15 first-place awards since its foundation in 2014.

“I’d like to dedicate this award to all our far-sighted Bidroom hotel members and frequent travellers,” said Bidroom CEO and Co-Founder, Michael Ros. “They believe in an efficient, user-friendly yet equitable approach to room booking, all without the burden of commissions.”

Since its foundation in  2014, Tiqets’ mission has been to make culture more accessible to tourists by making it easy to book museums and attractions. The company’s Co-Founder and CEO, Luuc Elzinga, says Tiqets now works with 2300+ attractions around the world providing instant ticket delivery to its users’ mobile phones. In October 2019, Tiqets received $60 million in Seed C financing led by Airbnb.

“Tiqets is proud to be at the forefront of the ‘experiential’ revolution that is transforming the  travel industry and bringing more people more frequently into the greatest venues around the world” said Elzinga upon receiving the award in Istanbul.

The Uzakrota travel summit judges acknowledged Tiqets’ ability to rapidly grow over the last five years. Tiqets now employs over 200 people in 13 cities around the world.

Bidroom expects to have 100 employees by year end 2020, with offices in Amsterdam, Krakow, Istanbul and Paris.

The full list of winners at the Uzakrota 2019 Travel Summit is available here.

Bidroom is the world’s first membership-based hotel booking platform. It has offices in Amsterdam, Krakow, Istanbul, and Paris and is on track to have over 100 employees by the end of 2020. With  Bidroom membership, travelers enjoy significant room discounts at +120,000 hotels in 128 countries. Hotels connected to the platform avoid paying booking commissions. The hotel’s membership is paid only after proven success. Bidroom’s fair approach to hotel booking and its original, self-developed technology has gained praise in the hospitality industry worldwide since its introduction in 2014.

Since then, the company has earned many awards and accolades: Best “Grown Startup” from Hospitality Technology Forum 2019; Top Foreign Travel Startup 2018 at the Uzakrota Travel Awards; Tourism Trends Award 2018 - "IT for travel";  Startup Of The Year 2018 by travmagazine; Startup Innovation 2017 from World Tourism Forum Lucerne; Best Travel Startup of the Year 2017 from Uzakrota Travel Awards; Best Start-up in the Grown Startup category at the Hospitality Technology Forum 2019 in Zurich. Wired included Bidroom in its Hottest Startups in Amsterdam list in 2019. For more information, download Bidroom’s Media Kit.

The company is headquartered in Amsterdam and now employs 200+ people worldwide, including in Amsterdam (HQ) as well as Seattle, Las Vegas, Orlando, Philadelphia, London, Copenhagen, Paris, Barcelona, Rome, Vienna, Bangkok, Tokyo and Osaka. More information can be found on Tiqets.com.